Top 5 Apps to Video Call Between Android and iPhone 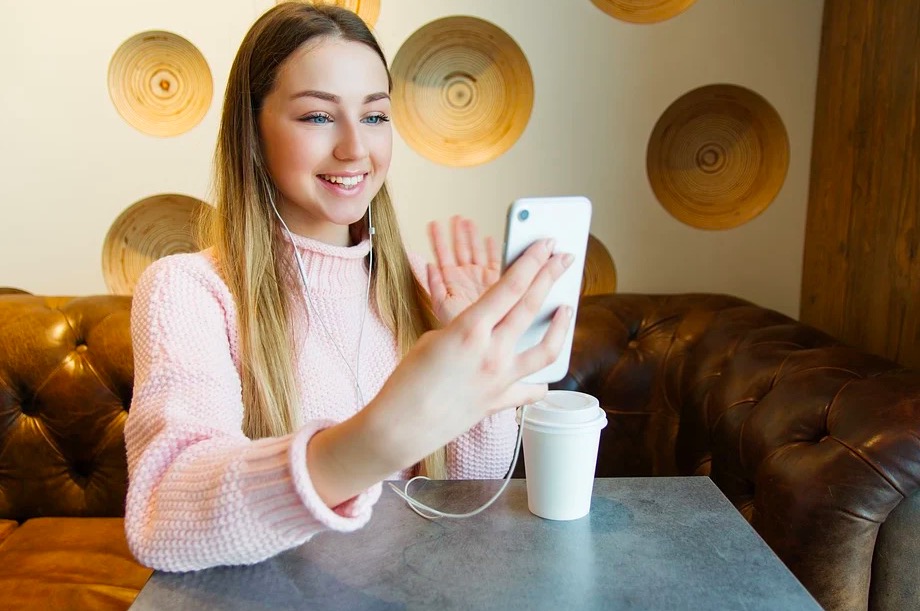 FaceTime doesn’t work on Android. You may find some apps on the Play Store named FaceTime but they are all fakes loaded with ads and worse, malware. You can’t FaceTime between iPhone and Android no matter which app you download. Don’t fall for them. Instead, what you need a cross-platform video calling app that works on both Android and iOS phones. I will some app that you can use to video call between Android and iOS or vice versa for different situations and people.

Apps to Video Call Between Android and iPhone

Google Duo comes pre-installed on all Android phones as FaceTime comes with all iPhones and iPad. The difference is that you can also download Google Duo on the App Store. It is completely free to use and there are no ads. They recently released an update to support video calling up to 32 people for Android phones. It should roll out for iOS users too.

Facebook Messenger recently launched a new feature called Rooms. The idea is simple and great. Rooms will eventually work on Facebook, Instagram, and WhatsApp allowing users to video call not just from Android and iPhone but also from one app to another. Of course, all three apps are owned by Facebook but they also have some of the largest userbases in the world. Pretty much anyone you know is on one of these three apps for sure.

It works a little like Zoom where you will create a room and send invites to users who can then choose to join your room. You can also initiate video calls from Facebook Page, newsfeed, events, and groups. There are also personal rooms you can simply hop into any time, without invitation. These are allowed for friends only so strangers can’t do it. Rooms is still developing but is a very cool video calling app that works on both Android and iOS. Currently only works on Messenger.

Houseparty is a new kind of video calling app with gaming built-in. Not only can you make a video call between Android and iPhone but also play cool games with friends. Create a room and invite friends that are online. Once everyone is in and you can’t have more than 8 at any given time, you can choose one of the four available games.

Two games that are really popular even outside Houseparty are Trivia and Headsup. The other two are Quick Draw and Chips and Guac. That’s the main selling point of Houseparty. A refreshing take on video calling apps.

Google Meet was developed in response to the growing demand for video conferencing apps during the pandemic which is on-going at the time of writing this article. It was specifically designed to beat Zoom, a new video calling app for both mobile and desktop users that took off crazy. Google Meet integrates with all other Google apps like Gmail, Chrome, and G Suite. 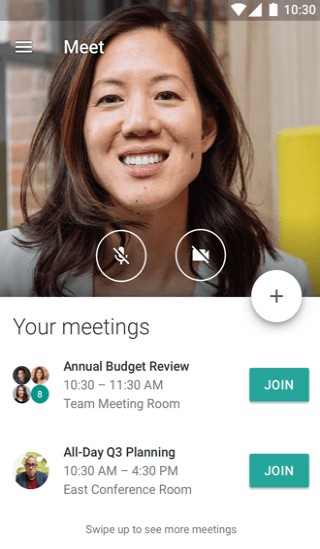 The free version is packed with features too. Calls are HD and encrypted and no one can join the meeting unless they have the meeting code to ensure privacy. That’s not all. You can also easily share your screen with others which can be useful when you want to share a presentation, documents, or troubleshoot. Google Meet supports up to 250 people at the same time. That means you can use it for team meetings or hosting webinars.

Signal is a privacy-focused app that is recommended by none other than Edward Snowden, the famous whistleblower. It offers strong end-to-end encryption to users even when you are making voice or video calls. The popular app for making video calls between Android to iPhone is supported by donations and grants entirely.

Not only this Signal also comes with a number of other features. You can send images or any other file type. Images can be edited for crop, annotate, and sketch among other things. There is a dark mode which is all the rage.

Signal is peer-reviewed and has been vetted by some of the biggest names in the tech industry like Jack Dorsey.

Wrapping Up: Video Calls Between Android and iOS

There are a lot of other apps to make video calls between the two platforms but they work pretty much the same way these do. I have instead made a list of apps that each offer something unique. You want privacy, gaming, video meetings, or just want to catch up with everyone you know, there is an app for you. All of these apps are free to use and have a strong userbase. If you think another app should have made the list, do let us know in the comments below.