Home » Windows » What Happens When You Remove USB Drive Without Ejecting

What Happens When You Remove USB Drive Without Ejecting 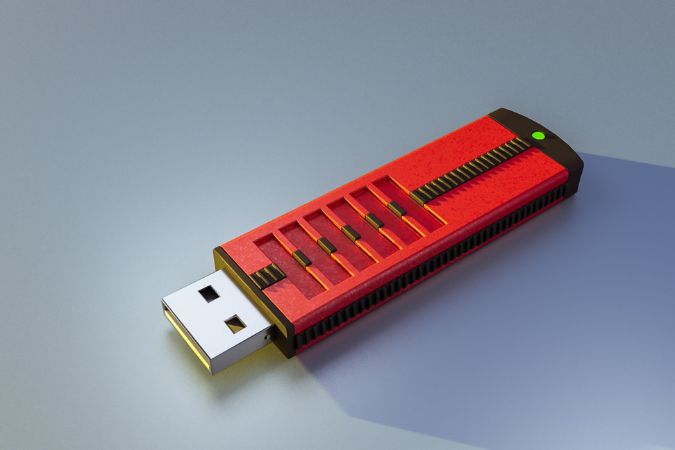 Every computer guy you ever met asked you to safely remove the USB drive after ejecting it. They said you must not yank it out directly or you will lose precious data or worse, corrupt the USB drive rendering it unusable. But this is 2022. What really happens when you remove a USB drive without ejecting it first? Do you really need to safely remove external drives? Is there a workaround or solution to this?

The effects of removing a USB drive from Windows computer without ejecting it first can be one or more of what is listed below:

Having said that, modern-day operating systems have come a long way. The instances of system crashes and corrupt and usable drives are far and few. It’s a disaster waiting to happen and you don’t want that, do you?

A lot is happening in the background when you plug a pen drive to your computer’s USB port. The pen drive doesn’t have a battery to operate on its own so it will draw power from your computer to work. Many pen drives have a led light to denote that it is on and functioning. Now you know their function.

The first time you connect a drive, it will install drivers on your computer that will allow the computer and USB drive to establish a connection. Essentially, drivers allow them to talk to each other and read and write data back and forth.

Every storage drive like pen drive, hard disk, etc. has either a Master Boot Record (MBR) or Partition Boot Record (PBR) which contains a record of all the data (files and folders) stored on the drive. The Windows OS uses this file to figure out what data you have on the drive.

The entire process we just discussed will be over within 2-3 seconds. This is why these USB devices are called plug-n-play these days.

When you connect a USB drive with computer, there are other apps that are also trying to communicate it. Some examples can be cloud storage apps like Google Drive, media players like Plex, antivirus, and so. Their interaction depends on whether or not you have given permission to them. Ideally, you would see a notification pop-up the first time you plug in a pen or hard disk drive.

If you have an external drive with an led light, it may blink to denote that data is being written or files are in use. But to be sure, do read the pamphlet that came with it.

Microsoft wasn’t clear about the whole debate until recently. With the launch of Windows 10 and later 11, Microsoft released fresh guidelines where it recommends Safely Remove Hardware and Eject Media. You would find the icon in the Taskbar. Sometimes, you will find it in the Show hidden icons menu that you can access by clicking on the up arrow.

However, in update 1809 for Windows 10, Microsoft changed the default policy for removing external storage media. You see, Microsoft has two policies for removing storage drive from your computer’s USB port. Let’s take a look at them.

With the recent update, Microsoft has changed the default policy from Better performance to Quick removal. Windows users always had the flexibility of choosing one of the two policies but the option is buried deep into settings and most don’t even know what they are looking for or that it even exists. That’s where we come in.

How to Change USB Removal Policy on Windows 10 and 11

I will be using Windows 11 as an example here but the steps below will work on Windows 10 as well. Also, as noted above, update 1809 changes the default policy to Quick removal from Better performance.

To check your Windows version:

2. You will find the Windows OS and build version in the little pop-up that opens next.

Now, let’s check how to change the USB removal policy so you can choose what works for you when ejecting USB drives from your computer.

3. Right-click on the Start button and select Disk Management.

4. At the bottom of the screen, right-click on the removable drive that you inserted and select Properties.

5. In the pop-up that follows, under the Policies tab, you can select Quick removal or Better performance. You will notice that the former is the default even in Windows 11 though the update only mentions Windows 10.

Note: If you select Better performance above, you can also edit Write-caching policy. We discuss how Windows will save data in cache memory and transfer them in batches to improve system performance.

So, what should you do? And, why? Here’s my argument for choosing Quick removal policy which is the default set by Microsoft post recent update. The argument in favor of Better Performance is well, performance. But modern computers are powerful beasts and savvy users often upgrade their computers with additional RAM. How much of performance difference will it make? I am thinking not much. On the flip side, losing data is a much serious issue. Quick Removal removes the headache once and for all. Yank that stick all you want without having to worry about removing or ejecting USB drive.