Last year, Apple’s iPhone X replaced the old home button with more efficient gesture-based navigation system. And soon after that, OEMs like Samsung, OnePlus, Xiaomi, Realme, also moved away from the standard three button layout to Gesture Navigation. However, if you are using Stock Android, you might be missing out Gesture navigation. Well, turns out, you don’t have to switch your smartphone or wait for Android Q, just to experience those features. I have made a list of 8 top gesture navigation apps for Android which would replace your existing three button layout on any Android phone. Let’s get started.

The app has a misleading title but it works well. Instead of buttons, it offers strips with tiny dots on the three sides of the screen. Each button can interact with three types of motion; Swipe, Hold and Swipe and Hold. You can add up to 10 buttons on each side which can offer a ridiculous amount of shortcuts. And if you don’t like dots showing up on the screen all the time, you can tap once on the strip to temporarily hide it or minimize the visibility and keep it translucent. 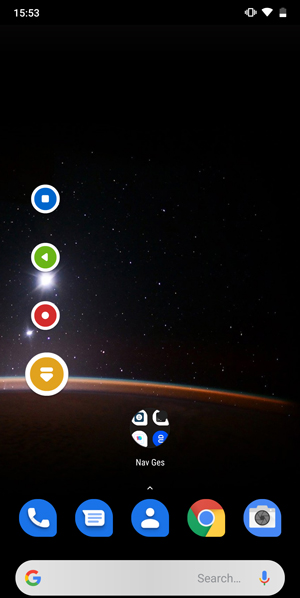 The app requires accessibility permissions to function properly. It can also function without hiding the navigation bar as it doesn’t interfere with the buttons. There are a few premium actions which you can associate with the buttons after unlocking through in-app purchases for around $2.

Swiftly Switch is another popular app that would replace your existing navigation bar and offer you an entirely new way of navigating on your Android. Unlike the previous app, Swiftly Switch offers way more features and shortcuts which you can execute by a simple swipe. You can enable the toolbar on three edges and fully customize the list of available options. 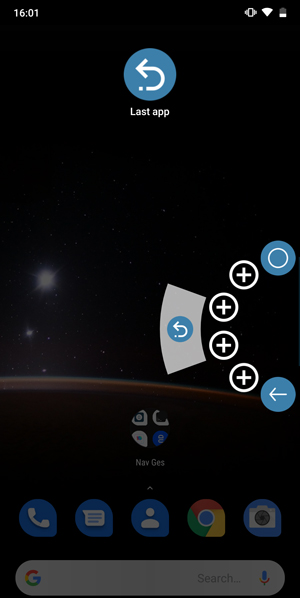 The toolbar can be triggered from its designated position on the side and you can customize the width, height, color, and actions. It supports up to 6 different actions that show up in a semi-circle (like pie controls app). You can swipe to any one of the items to trigger the associated action. If you swipe farther then you can trigger Quick Actions like show notifications, last app, search shortcuts, etc.

Swiftly Switch can offer a lot of functionality whilst replacing your existing three-button navigation bar.

Fluid Navigation Gestures is the closest match to iPhone X or MIUI gestures controls. It offers navigation gestures from six points on your screen. Two on the bottom side of either side and four on the bottom edge of the screen. Every point can execute two actions using swipe and Swipe and Hold gesture. You can assign navigation buttons, actions, app triggers, etc as gestures with this app. However, some of the actions and all the apps are locked behind a paywall which you can unlock for $0.99. 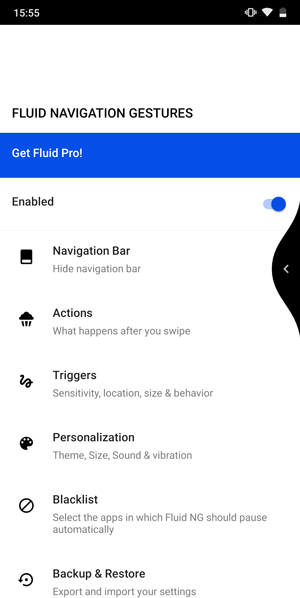 You can personalize the animations, color, size, and vibration in the pro version. It can save and export customized settings for future use. The app recommends you to hide the Navigation bar using the ADB commands given in the app. You can follow the steps given above or in the app to hide the navigation bar.

There was a feature which never came to limelight, custom drawing gestures on the screen. Quickify brings the gestures back to Android where you can trigger apps, make calls, send texts, and even open website links.

The app is very simple, you feed in your custom gestures and the app triggers the action associated with it. Go to the app, tap the + button on the top right and draw your gesture. After that, assign an action and you’re done. The app displays a hovering icon which opens the drawing area and you can draw the gesture. You can adjust the icon size, transparency, and position from the settings.

It is a great app to quickly access apps and settings which would take significantly more time if you were to access it the traditional way. Quickify is free and has ads.

Developed by some awesome folks at XDA, Navigation Gestures offers a different type of navigation. It is loosely based on Google’s Pill Navigation but has much more functionality. The pill sits conveniently at the bottom and you can assign different actions to taps and swipes. 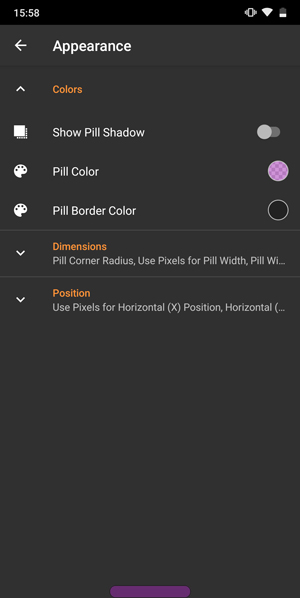 You can even split the pill into three parts which makes the pill transparent and adds even more functionality to each section. Assign different actions, navigation shortcuts, media shortcuts and apps to swipes and taps on the pill. If you decide to keep the pill then you can customize the appearance as well. You can Change the colors, radius, position, border, and all nine yards.

The premium actions and triggers are available as an addon which you can purchase for $1.99 from the Play Store. Navigation Gestures is a must have for power users.

Nova Launcher is one of the better launchers out there. It has a fully customizable Home Screen, app drawer, folders, etc. You can change the look and feel of the launcher and even apply a dark mode. If that wasn’t enough, you also get gestures which makes it even better.

Here’s how I’ve set gesture on my Nova launcher prime.

Also Read: How to use an iPhone as Mouse for Mac

You can set custom triggers and actions which would trigger every time you make a gesture on the Home Screen. You can swipe down to show notifications, pinch in to show preview, pinch out for Recents, etc. It has a total of 11 unique gestures all of which are customizable.

Unlike other apps in this list, this app is paid but are only paying a dollar for all the sweet gestures. It’s worth every penny.

Fingerprint Gestures brings Google Pixel fingerprint scanner gestures to any device. Although it is nowhere as Pixel feature, it still gets a few things right. This app doesn’t have many triggers as it is limited to the hardware capabilities of the fingerprint sensor. You can assign an action or an app to single tap and Fast swipe on the fingerprint. 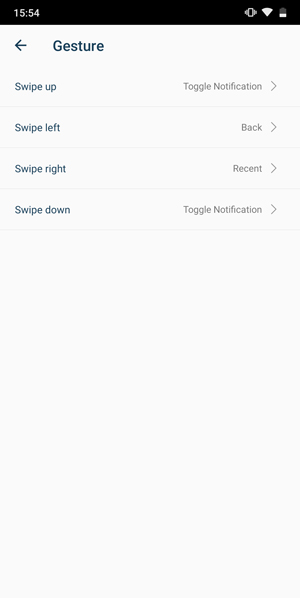 The app includes two APIs, one for Pixel devices and one other for the rest of the devices. If you have a Nexus or a Pixel device, It would offer completely different gestures. You can use the fingerprint reader on your phone to swipe up, down, left, and right but you won’t get an option for tap.

The app works great and I didn’t have any problems on the devices I tested it on. The app is free and has a few ads which you can remove for $1.49.

This next app is designed keeping disabled people in mind. It intends on replacing the navigation bar with edge gestures where you can trigger actions with one, two and three fingers. You can set a gesture bar on each side of the screen and assign sound and vibration so that it gives you feedback every time a successful gesture is registered. 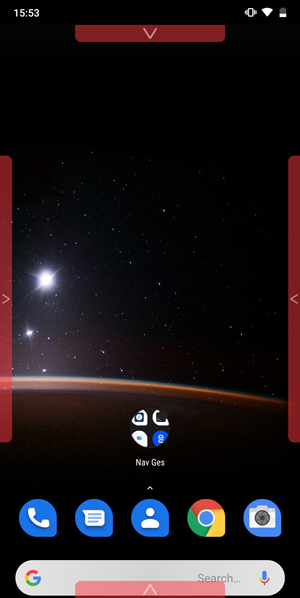 You can assign system actions, shortcuts, and app triggers on the gestures. The app displays a bar on top of all the apps so that users get a fair idea of where the gesture area is located on the screen. However, you can adjust the color, alignment, size, and opacity of the sidebars.

The app also has a paid version which offers a few extra features. T Swipe is a great app for anyone who wants to get rid of navigation buttons.

Google Announced Android Q beta 3 which implements full gestural navigation which means you can remove the buttons and navigate using gestures. This would save a lot of real estate on the screen by replacing that chunky navigation bar with a sleek almost invisible bar that sits on the bottom edge to give you a reference. Navigating using gestures is easy, you can go Home by swiping up, open Recents by swiping up and holding until you feel haptic feedback. To go back, swipe from any of the side edges.

You can turn on the feature by following these steps. Settings > System > Gestures > System Navigation > Fully gestural navigation.

These were some of the best Gesture Navigation apps for Android that would render the navigation buttons obsolete. Every app offers something unique and you can install any one app to take advantage of the gestures. Fluid Navigation Gestures, Full-Screen Gestures, and MIUI Gestures offers similar style gestures and animation but offer contrasting features. Fingerprint Gestures offers a unique way of navigating using the fingerprint sensor. Navigation Gestures uses a pill to navigate. Tell us which Gesture Navigation app you would try or if you have a better app then tell us in the comments below.