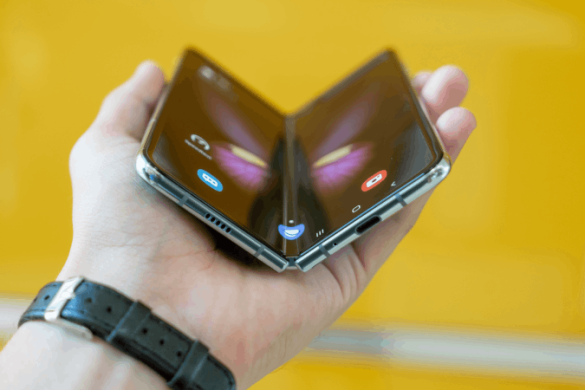 Foldable phones are still a new genre in tech, but it is gaining traction every year with more and more models entering the market resulting in a larger market share. But among all, Samsung foldable phones stand tall, mainly because of all the software features it offers with One UI. There are many obvious features to mention like flex mode and split screen view that is enabled by default and you already know. But here are some amazing but hidden features of the Samsung Galaxy Fold that you may not know about but should begin using.

1. Force All Apps to Open in Split Screen Mode

A major advantage of the Galaxy Fold is the big screen. Android also supports split-screen mode so that you can use multiple apps at the same time. While the split screen feature is more useful than on many other phones, it doesn’t work with all the apps by default. Some apps like Instagram block the functionality of the split screen. But, OneUI offers you the ability to force the split screen mode on apps that don’t support the feature yet.

1. Open the Settings app and select the Advanced Features option.

2. In Advanced features, select the Labs option. Features in the Labs option are experimental and may contain bugs, but forcing apps on split screen works flawlessly.

3. Now enable the toggle beside the Multi window for all apps.

That’s it, now you can open all the apps in the split screen view.

2. Save Your Split Screen Apps

You will quickly realize that you are opening the same apps in split screen mode frequently. These are your most used apps. Opening and setting them up every time can be time-consuming and makes it actually hard to use the feature. But using Samsung’s Edge Panel, you can set and save the apps in a split screen view. So that you can launch both the apps at the same time with a single tap and it will maintain the split screen view.

2. To save, open both apps in split screen mode.

3. Swipe up and hold to open the recent apps page

4. If you open the edge panel now, you should find both the apps added in one folder icon indicating the split screen.

5. Just drag and place it below the line in the Edge panel to save the split screen view of these two apps.

Now you can open the edge panel and tap on that split icon containing both apps to open them together in split screen view.

3. Flex Mode for All Apps

Flex mode is enabled by default but only works for apps that are optimized for the Galaxy Fold. Some apps that work are Samsung apps, Camera, YouTube, Google Meet, Zoom, etc. When the screen is folded halfway, your device enters Flex mode. It helps these apps to display content accordingly. For example, on YouTube, you can watch the video on the top half of the display while you can check comments on the bottom half. When using the camera, you can check the preview on the top half and use the bottom half for controls, etc. Though this feature works only for a few apps, you can force other apps to work. To do so:

1. Open the Settings app on your Fold and select the Advanced features option in it. Then select the Labs option inside it.

2. Now scroll down and select the Flex mode panel option.

3. Here you should find a list of all the apps that you have installed. To make them work in flex mode, just enable the toggle beside them.

Go back and open the app that you have enabled in flex mode. Fold your device halfway to enter the flex mode. Now you can see the app on the top half and controls on the bottom half. With the below controls, you can take screenshots, adjust brightness and volume, media playback, and also a touchpad to control the app with a cursor.

4. Remove Taskbar or Hide it

The taskbar is a new addition OneUI 5 update and can be handy when needed. But note that it takes up space on your device constantly. You can choose to disable it completely or hide it so that you can access it when needed.

1. Open the Settings app, then Display and turn off the toggle beside the Taskbar option to remove it completely.

2. Otherwise, tap on it to open, then enable the toggle beside Show and hide with touch and hold.

Now simply long press on the taskbar to hide it, then press and hold again at the bottom of the screen to view the taskbar.

Pro Tip: If you don’t like seeing recent apps in the taskbar, disable the toggle beside Show recent apps option in the same settings menu above.

By default, the apps and widgets you place on the home screen are completely different between the outer cover screen and the inner folding screen on Galaxy Fold 4. So you can keep an app on the home screen on the outer display and choose not to do the same on the inner display. However, if you are like me and prefer consistency between both displays, then you can enable Cover Screen Mirroring.

1. To enable cover screen mirroring on Galaxy Fold 4, long press on the home screen and select the Settings option at the bottom.

3. On the next page, select On and then tap Apply to save changes.

This will apply your cover screen (outer display) app layout to your inner display. But, you cannot make it sync the other way around. Also, you won’t lose your inner display layout. You can always open the settings and turn off the Cover screen mirroring option to get back to your old layout.

6. Use Cover Screen as Preview in Camera

When you are taking a photo or recording a video on the Samsung Galaxy Fold 4, you can access the camera controls on both displays depending on how you are holding it. However, if you are using the inner display, you can take advantage of the outer display by showing the preview. So when you are taking a photo of someone, they can check their look using the other camera.

When you are recording or taking a photo, just tap on the preview toggle at the top. Your outer display will start showing the preview.

7. Use the Main Camera for Selfies

The selfie camera for the inner display on Fold 3 and Fold 4 aren’t that good because of the under-display camera.

We can take the previous method a step further. When you are using the outer display as a preview, turn the phone and tap on the Selfie option on the outer display. It will provide all the needed controls on the cover display itself.

That way, you can use the rear cameras and take a selfie using the outer display as a preview.

The normal S-Pen that comes with Note phones and Samsung Tablets does not work with Galaxy Fold because of its plastic display. But you can get a Fold edition S-pen or the S-Pen pro that is sold separately, it works similarly to the normal S-Pen. Note that only S-Pro supports hand gestures. Along with the S-Pen, Samsung also sells a case designed to carry S-Pen along with the Fold.

We Are Not Done Yet

We have listed some of the best Galaxy Fold features that many people aren’t using. Make the most of your Fold device. But apart from these features, Fold is most used as a multi-tasking machine. Check out all multi-tasking features Fold supports.