Home » Internet » How to Block/Unblock Someone on Facebook and Messenger 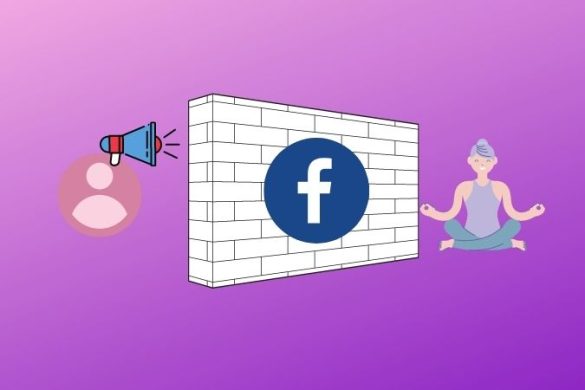 Is someone stalking you on Facebook? Sending messages on Messenger that are inappropriate? Well, whatever your reason be. You can quickly solve this problem by blocking them on both Facebook and Messenger apps. The steps are easy enough and can be followed on both web and mobile apps.

Let’s begin with Facebook first and see how quickly you can stop someone from viewing your profile, updates, and other data that you may have visible to your friends or publicly.

1. On the homepage, click on the Friends button in the sidebar.

2. In the left sidebar, search for the profile that you want to block and select his/her name. Doing so will load the profile in the right window-pane.

3. Click on the three-dot menu icon and select Block option from the dropdown menu.

4. You will see a pop-up notifying you of what happens when you block someone on Facebook. Fairly easy to understand. Click on the Confirm button when you are ready to finish blocking him/her on Facebook.

Block Someone on Messenger

You can block anyone in your friend list on Messenger too right inside Facebook. All your recent messages should be visible in the right sidebar. You can also use Messenger.com but for the sake of simplicity, we will use Facebook in a browser.

1. Open Facebook’s homepage and in the right sidebar, search for the name you want to block in Messenger app in the Messenger panel. You will see a list of your most recent chats, by default.

2. Click on the name of the friend from the list to open the chat window in a pop-up.

3. Click on the downward arrow next to the name and select Block from the menu.

This time, let’s take the mobile app as an example instead. I will be using Android but the steps would remain more or less the same on iOS too.

2. You will find a list of all the people that you have previously blocked here. Tap on the Unblock button next to the name that you wish to unblock. Tap on Unblock again in the pop-up that follows. It’s just a notification telling you what happens when someone is unblocked.

Unblock Someone on Messenger

Again, I will use the Android version but the steps would remain the same for the web and iOS apps.

1. Tap on the profile picture in the top left corner and select Privacy option.

2. Under Blocked accounts, you will find a list of all the profiles that you have blocked on Messenger. Tap on the one that you want to unblock on Messenger.

1. Does Blocking Someone on Facebook Also Blocks Him/Her on Messenger or Vice Versa?

2. What Happens When I Unblock Someone?

Unblocking someone on Facebook will not add them to your friend list again automatically. You will have to send a new friend request to them. That’s when they can get suspicious that they were blocked before.

3. Can I Block and Unblock on Both Web and Mobile Apps?

Yes. The option to block and unblock someone on Facebook and Messenger is available on both web and their respective mobile apps.

There are so many reasons why you would want to block a profile on Facebook or Messenger app. You had a fight, he/she is your ex, spam, fall out, and so on. But sometimes, when we look back at things, we see everything that transpired in a different light, different perspective. That’s why there is a way to unblock profiles too. While it is easy to block and unblock profiles, it is far harder to amend relationships.

Not sure what all the symbols and icons mean on Facebook and Messenger? We explain them in detail.