Home » Internet » How to Schedule Tweets on Web And Mobile App

How to Schedule Tweets on Web And Mobile App

Twitter, recently released an update that lets you schedule and draft tweets via the Twitter web app. This feature was already present on Twitter’s social media dashboard TweetDeck. So, the advanced users might already be scheduling tweets before. Nonetheless, it’s not available for web users as well. Here is how you schedule tweets using the Twitter web app.

How to Schedule Tweets on Web

To schedule a tweet, head over to the Twitter web app or the desktop app. On the top of the homepage wherein, you compose a tweet, you would have a new icon available. This is the schedule/ draft tweet option. 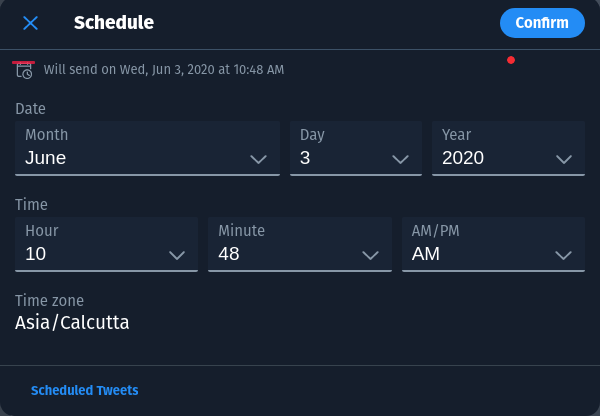 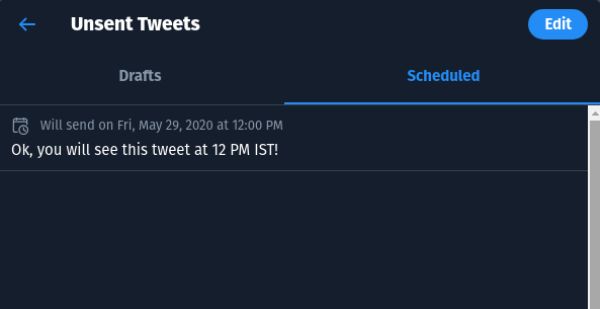 Twitter also saves your tweet in case you draft one and forget to tweet it. Twitter, moreover, syncs it with the desktop as well as the web app. For instance, if you have logged in to multiple computers, your drafted tweets will be synced within them. However, these drafted tweets won’t be synced to the mobile app.

How to Schedule Tweets on Mobile

Scheduling and drafting tweets are only available on the Twitter desktop and web app. Hence, you cannot schedule or draft tweets on Twitter mobile apps yet. However, there’s a workaround.

If you open Twitter on your mobile browser, twitter pops up the web app instead. Now, when you click on the compose tweet icon at the bottom, you can the same schedule tweet menu. Additionally, you can also access your drafts. So, we can expect this feature to trickle down to the mobile app eventually. 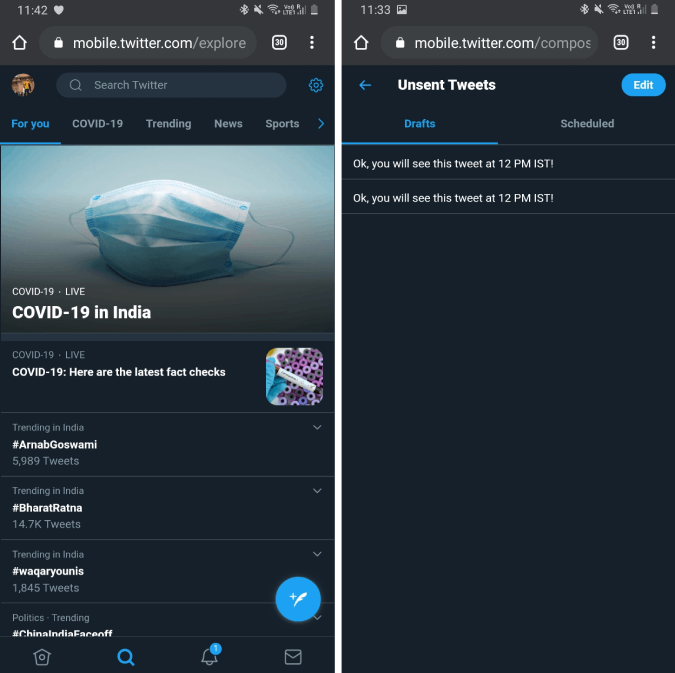 It’s good to see Twitter opening up these features for every Twitter user. Alternatively, in case you want more functionalities along with scheduling tweets, you can use other Twitter client apps like Tweeten,  Twidere, etc.