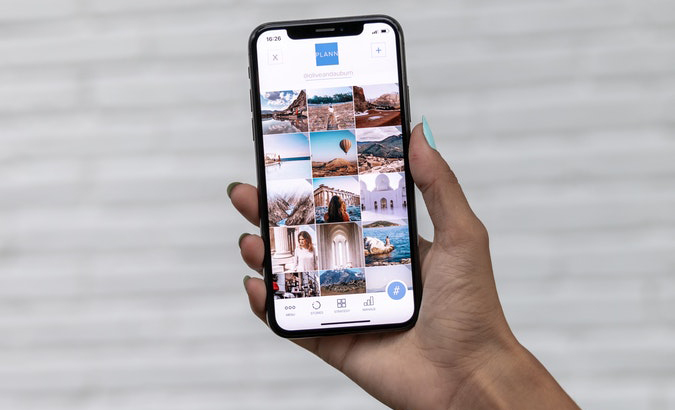 If you’re someone who just wants a simple photo booth app, this might be it. The app has no frills attached. Simply download, take pictures (with a countdown) and you’re done. You do get to choose from plenty of layouts like polaroid, film strip, black and white, etc. However, there is no way to edit them.

The app shows banner ads at the bottom which might annoy a few. Keeping that aside, if you’re looking for a basic app, don’t hesitate to try this one.

Although there is vintage in the name, you won’t find much vintage reflection in the app itself. The reason this made the list is that it’s again a minimal app like the first one but has a few perks over it. For example, you get a basic photo editor that allows you to tweak contrast, brightness, and warmth of the images. You also have a sticker section.

The popular photo booth app has many layout and frame options out of which most are locked. You can use them by upgrading to the premium version for a $2.99 one-time fee. This also removes banner ads.

This one tops the list for its photo booth design feature. You can choose a print layout ranging from a film style picture to polaroid. There are also layout options for special occasions/holidays like Christmas, New Year, etc. In terms of photo booth customization, you can add text, add a custom background, and even finesse it with some stickers.

Event mode lets you put a password to the photo booth which restricts accidental app exits by guests.

A big downside is the ‘lock’ watermark that it adds to the pictures. However, if you want to remove that, the mini version comes at a $9.99 one-time fee.

Simple booth takes the UI game up a notch and if you’re up for a minimal, simple to operate UI, this one should be your first preference. The app allows you to choose between one to four photos in a snap and gives a GIF option as well. You don’t need to choose a layout first as you can browse between multiple layouts after you’ve clicked the photo.

The app has an auto pic feature that automatically triggers a capture when you hold the phone still.

The only downside I found is that you have to sign up to even try the app. Adding a guest sign-in would have been cool.

If you don’t know already, Instagram has a native photo booth feature. If you’re thinking it’s one of the usual filters, you haven’t been paying much attention. It’s a dedicated camera option that you can easily toggle from the left camera mode menu. It lets you click four pictures just like the old school photo booths.

I like how Instagram has kept the photo timer intact along with various filters that you can apply such as VHS, vintage, filmstrip, etc. Lastly, I’m sure most of you reading this have Instagram, so that’s one less app for you. Plus, you are going to share that photo on Insta anyway. One of the best and must-have photo booth apps for iPhone users.

Like I’ve mentioned before, as iPhone photo booth apps are used mainly to take selfies, you can use your phone to click pictures. All you have to do next is choose a layout and edit photos using a good photo editing app. Since you don’t have templates similar to the apps listed above, you might end up with disproportionate pictures in the beginning but it’s still worth a try.

Which Photo Booth Apps to Choose

While we’re on the topic of photo booths, if you love selfies, you can also look at some photo editing apps for iPhone that can boost your selfie game. Coming back to the topic, if you ask me, I’d choose the first app. Simple Photo Booth as it doesn’t come with any complicated UI and takes a picture in no time.