How to Share Protest Photos/Videos on Social Media Responsibly 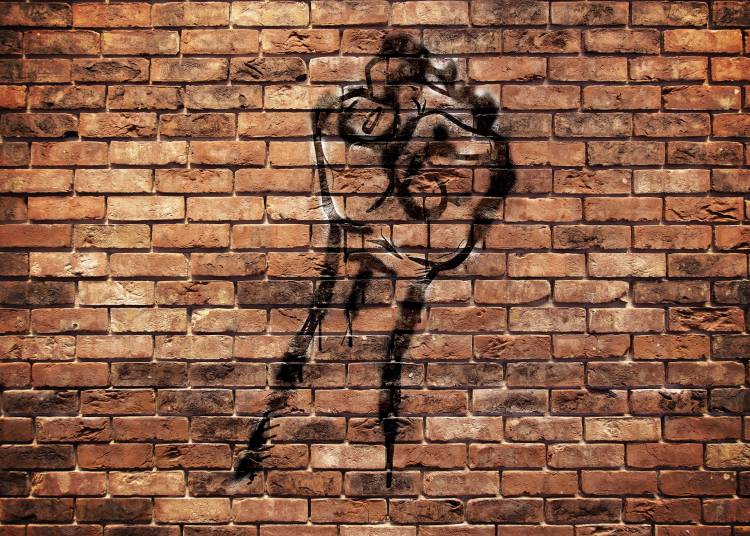 The situation in the US is dire, to say the least. We are in the middle of a once-in-a-century pandemic. We are also in the middle of social unrest, the likes of which we haven’t seen in decades. The BLM movement continues to gain momentum with more deaths surfacing each day. A lot of people are posting images and videos of the protests, riots, brutality, loot, and vandalism on social media to raise voice and awareness. But most are doing it wrong and more worryingly, irresponsibly. You have to be careful while sharing protest photos and videos on social media and here is why.

It has become way to easy to share images and videos online. It is even easier to make it go viral. Unedited and unfiltered images and videos can lead to harassment, arrests, personal vendetta, and even more violence. Some people are also, sadly, using these postings for personal benefit or just pure fun. Hence the post.

I will share some tips and tricks that will help you share these images and videos such that all personal tracks are covered. Protect your identity and of those who are around you at all times.

You can use any simple image/video editor to blue things that can identify you or those around you before submitting it to the social media. You don’t know how far and wide the news will travel once it’s online. I suggest you blur license plates, your street address, faces if not wearing masks, scars or birthmarks or tattoos or anything that can be linked to you, and anything that’s unique and can be tied to you.

Always wear face masks that cover your whole face. That will not only protect you from someone identifying you easily but also protect you from COVID-19 virus. It’s amazing how no one is paying attention to the pandemic anymore. I know the BLM movement is important and police brutality and power abuse must end, but your health and life are equally important. You can’t protect the dead.

We have compiled a list of some cool apps to blur images on Android and iOS. Do check them out. There are dedicated apps to blur backgrounds if that’s what you are looking for. Everyone is using their smartphones to snap pictures anyway so these apps should be enough.

Never open Twitter, Instagram, TikTok, or such other apps and directly take a picture to upload it. Your editing options are limited that way and more often than not, you will forget to edit them in a hurry altogether.

Most social media apps like Twitter and Instagram doesn’t offer a way to blur objects in the images. But you can get creative and use other editing tools like pen, pencil, or other markup tools to obscure the face. Here is an example of Twitter app on Android. 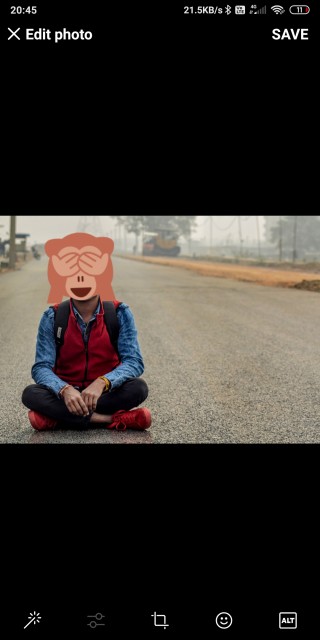 Twitter doesn’t offer pen or other such tools to hide face but you can get creative here and use an emoji to do the job. Same goes for Instagram and other similar apps. However, the best way to go about this is by using one of the third-party apps. You get a lot more control over how the final image looks using tools like blur and pencil.

Next-generation privacy-focused apps like Signal has released a dedicated AI-based tool that will blur faces in the photo automatically. You don’t have to edit images manually which is amazing for two reasons. One is that they have made the process automatic. The second is that this will raise more awareness about the importance of privacy and security, prompting other apps to follow suit. 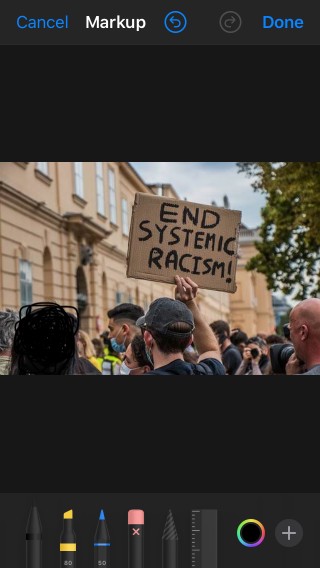 Each image or photo that you take on your smartphone contains a plethora of details about you and your device. For example, location details, make and model of phone, app, date and time, and so on. You can view this data on your computer easily. Right-click on the image, select Properties, and go to Details tab. This is called EXIF or metadata. Even DSLRs images have it. 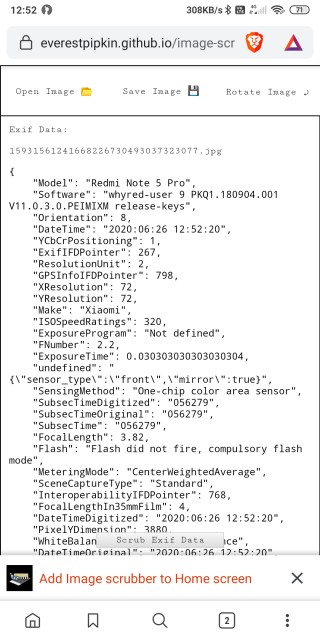 One way to remove all this data is by using Image Scrubber. The app is free to use and more importantly, open-source, but only works inside a browser. I tried using it on a mobile browser and it worked, so you can edit images on your smartphone without needing a computer. 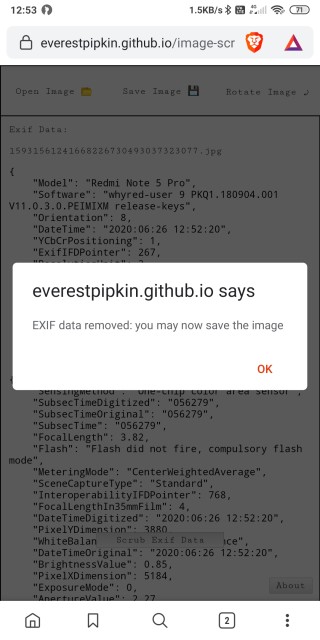 Not only this, but you can also use Image Scrubber to blur images or blacken faces and other traceable elements in the photo. I recommend you save the site as a bookmark on your home screen when prompted to as seen in the above image. That way, you won’t have to search for it every time you want to share an image. The shortcut to the web app will be readily available.

Blurring videos is not the same as blurring images. It’s way difficult even with an app. But it still has to be done. Download and install Blur Video for Android and Video Mosaic for iOS. 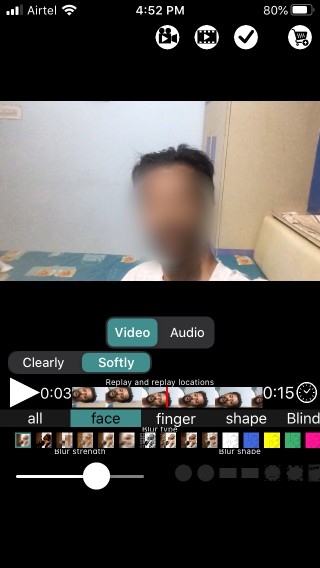 The iOS app can automatically blur the face of the subject in the video but that’s not the only thing that police, government, hackers, and malicious actors can identify you with. That’s why I recommend you use your finger to select identifiable objects in the background. Simply track the object with your finger as the video plays frame by frame.

The Android app was designed more for special effects but you can use the same for privacy and security instead. Go try it now.

There have been a number of cases where the police identified someone from the crowd in riots and used that data to exact revenge and vendetta. If you find someone damaging public properties or doing something unlawful, that’s different. But always protect peaceful protestors who are just looking for justice. Peace.