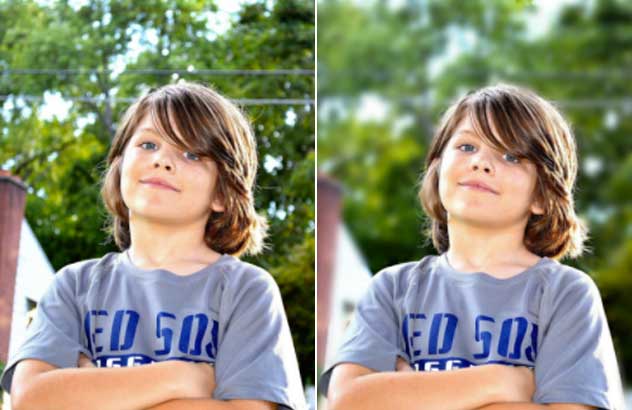 We all like the shallow depth of field effect that we get in photos taken by a DSLR Camera. It brings the subject in focus, while the background gets a subtle blur effect. Thankfully everyone has a smartphone with a decent mobile camera. Although you can not create a DSLR-Style blurred background right out of your smartphone camera, there are apps to take care of it. Let’s get started.

Why don’t we get the desired blur effect from SmartPhone cameras?

Shallow depth of field depends on these four parameters.

Now, since we can’t change the aperture or focal length of Smartphone Camera, the only way to get the blur effect on a Smartphone without using an editing app is to try and keep the subject close to your phone and increase the distance between subject and background.

Read: Use Magic lantern to Supercharge Your DSLR

If you have a Google Pixel, you can use Google Camera’s “Portrait Mode” to take a picture with a shallow depth of field effect. The way it works is simple, instead of capturing a single photo, it captures multiple frames with different exposure settings. Unfortunately, Google Camera is only available for Pixel devices, but you can always sideload the ported version of the app for your smartphone. 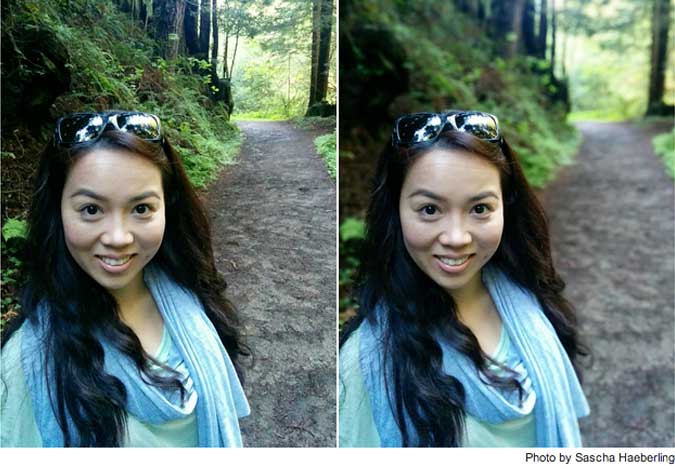 Even if your device is not capable of installing GCam on your phone, you can still use Google Photos to get the bokeh effect. With the recent 4.33 update, Google Photos can blur any photo after it was taken. However, the Blur background doesn’t work on all the images. The image has to be a portrait or a selfie with a far distinguishable background. Google Photos shows a subtle pop-up button called “Blur Background” if it finds the photo is eligible for the background blur. As soon as you click on it, a slider would appear which lets you adjust the amount of background blur. 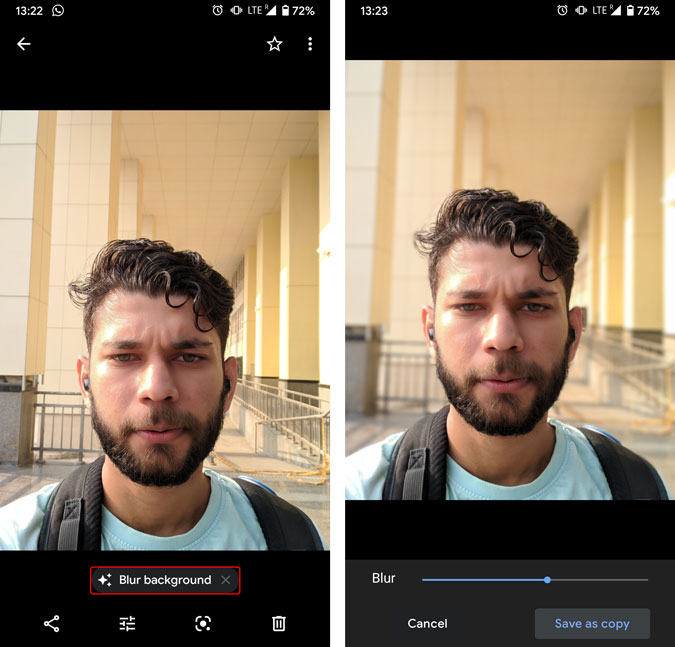 Unlike Google Camera, you cannot take pictures with this app, but you can blur the existing ones. Once you import the images, you can adjust the blur level in it. This will blur the entire picture and then you can unblur the subject by using the brush tool. Although it takes some time to get the desired effect, the results are decent.

Out of all three apps in this list, this one gave the most realistic results. You can take pictures from the camera or import it from your gallery. In the free version of the app, you have to select the subject using the brush tool; which again is a time-consuming process. You can also use the smart select feature which automatically detects the subject and blurs the surrounding background. AfterFocus is free on the Play Store.

Although I was reluctant to try this app first, because of its generic name, it does work. Like all the depth effect app in this list, first, you need to import the picture in the app either from the phone’s internal storage or take a picture using the device camera. Once done, the app will automatically add a blur layer on top of the image. Next, you need to use your finger and touch on the part of your photo that you want to keep in focus.

Compared with AfterFocus, this app requires more manual work. But in general, if you want to fine-tune the blurred background in your phone, and time is not an issue, this app offers more control over any other app in the list.

Read: Use CineStyle to Shoot Cinematic Video With Canon DSLR 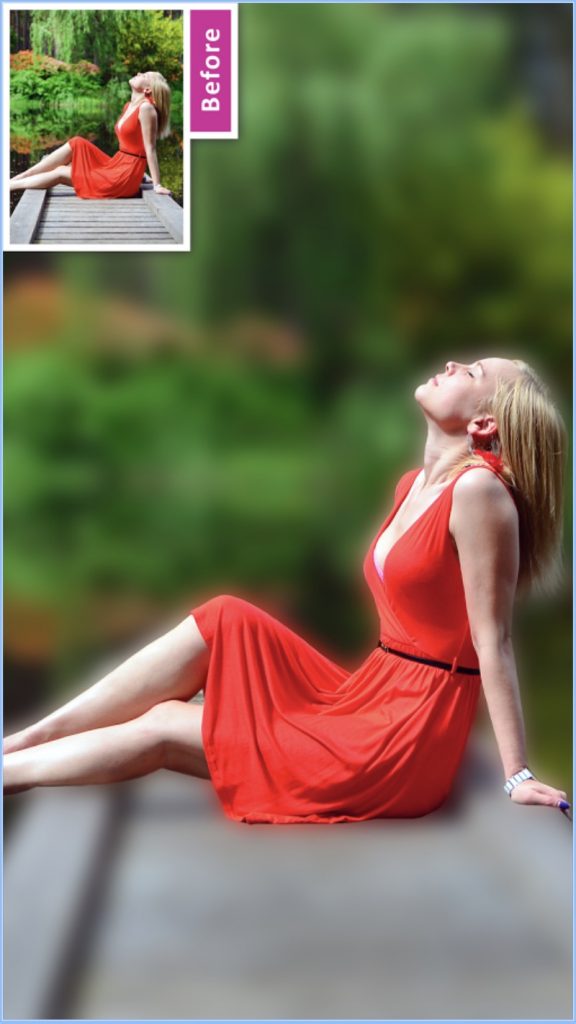 Instagram stories are extremely famous for their innovative filters and camera techniques. The focus mode is one that lets you create a DSLR style blurred background with your smartphone camera. If you already have Instagram then you can just go to the Stories and select ‘Focus‘ on the bottom. It asks you to find a face and as you do, it instantly blurs the background and gives you a nice blur effect. You can get Instagram on both Android and iOS from their respective app stores.

Blur is a simple app that adds blurred effect to your photos and it’s is a lot sleeker. You begin by selecting an image from the gallery or a new picture with the Camera. It lets you orient and crop the image before adding the blur effect. There are two brush styles soft and hard for different areas of the picture. You can adjust the power, size, and offset of the brush on the bottom. It also has a preview mode which gives you a before and after view of the picture. You can get this app on the Play Store for free.

As the name suggests, the app makes the subject stand out by defocusing the background. Like what happens in the HDR mode, this app also takes multiple pictures with different focus points, and then it combines them together to bring a beautiful shallow depth of field effect. You can also change the blur intensity with the on-screen control. 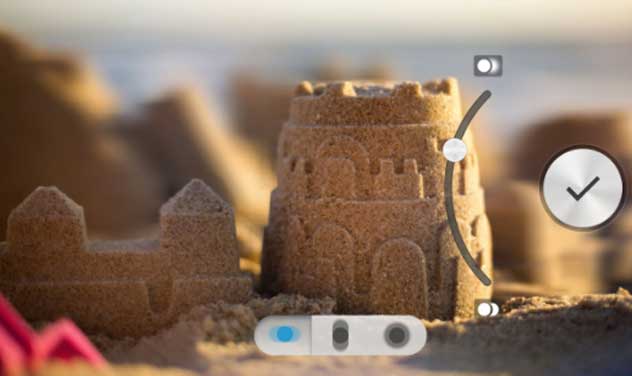 Although, you can never get 100 percent DSLR-Style Blurred Background with your smartphone camera. These camera and editing apps will help you get as close as possible. What are your favorite camera apps? Did we miss any? Let us know in the comments below.