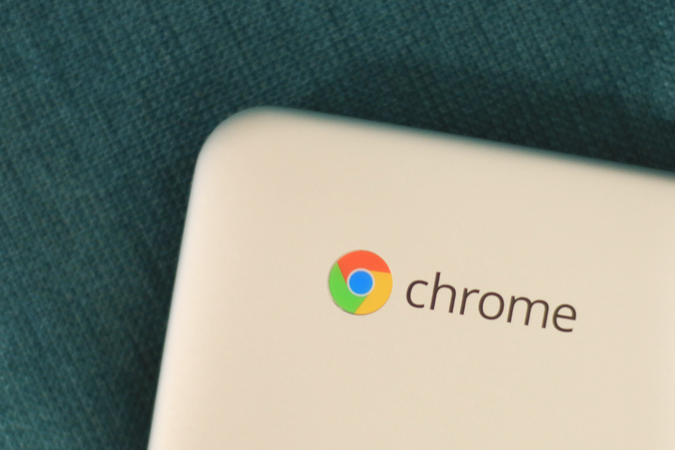 Google Chrome 79 build hit stable on 10th December 2019. With that, we have several new features like global media controls, tab freezing, clipboard syncing, etc. On top of it, you have small nifty tricks like Clipboard sharing coming up on the Android app. So, to sum it all up here are the best features coming to Google Chrome.

This was a long time due and seeing the rise in popularity of the Bing Wallpapers, Chrome had to give in. In the previous builds, you had the option to set up custom backgrounds but in the latest developer build, Google even provides built-in presets and themes for the new tab.

Moreover, you also get a feature equivalent to Bing Daily which still doesn’t have a name. So, we will just call it Refresh Daily as per the name of the toggle. This will simply set up a new wallpaper on the new tab every single day. Additionally, you can also modify your home screen with custom website shortcuts or pre-populated ones based on your browsing history. 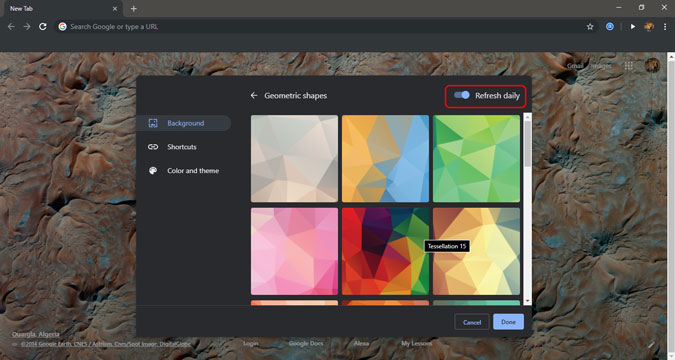 Read: How to Quickly Switch Gmail Accounts on Android and iOS

Chrome and my CPU have always had a love-and-hate relationship. We have been writing extensively on grouping tabs and the popular One Tab extension which shave both memory and CPU consumption. Now, in the Chrome 79 build, you get a feature called Tab Freezing. You don’t have to do anything additional to enable Tab Freezing.

It won’t do any wonders for your RAM but might help reduce the CPU consumption. As per Google, Tab Freezing works silently in the background and would freeze tabs that have been inactive in the background for more than 5 minutes. This feature won’t discard the tab or remove it from the memory, it would just not be able to run scripts, advertisement or perform any background functions. Pages that are playing audio, video, capturing media, or holding locks won’t be frozen. These tabs for obvious reasons are exempted from the Tab Freezing feature.

Secure DNS Lookups is in the testing phase and is available via the Secure DNS Chrome flag. Previously, the DNS request you send to the DNS server go unencrypted through the network. This way, your ISP and other network sniffers can detect the domain name you are visiting. However, beginning Chrome 79, Google is testing DNS-over-HTTPS (DoH) which will encrypt your DNS requests. The only pre-requisite is you need to be using a DoH compliant DNS service like Google DNS or CloudFlare’s 1.1.1.1

The hardware media controls are a mess with Google Chrome as it frequently interferes with the Windows desktop applications. In Chrome 79, you have the Global Media Control flag enabled by default which enables a small shortcut to control video or music playback. The shortcut is only visible when you open a media tab. It is available on any Chrome tab and can control multiple media playbacks.

Read more about this feature here.

While Android 10’s new privacy-protection broke the cross-platform clipboard syncing, there seems to be some compensation in the latest Google Chrome  79 Stable build.  A flag-feature called “Sync Clipboard Service” lets you share the clipboard between devices with Google Chrome. This flag feature is enabled by default. However, if it doesn’t work for you, you can manually enable the Enable receiver device to handle shared clipboard feature, Enable shared clipboard feature signals to be handled and Sync Clipboard Service.

It’s slightly unintuitive as of now and you have to manually share the URL with devices you have logged on to. Hopefully, in the future, this could work seamlessly. 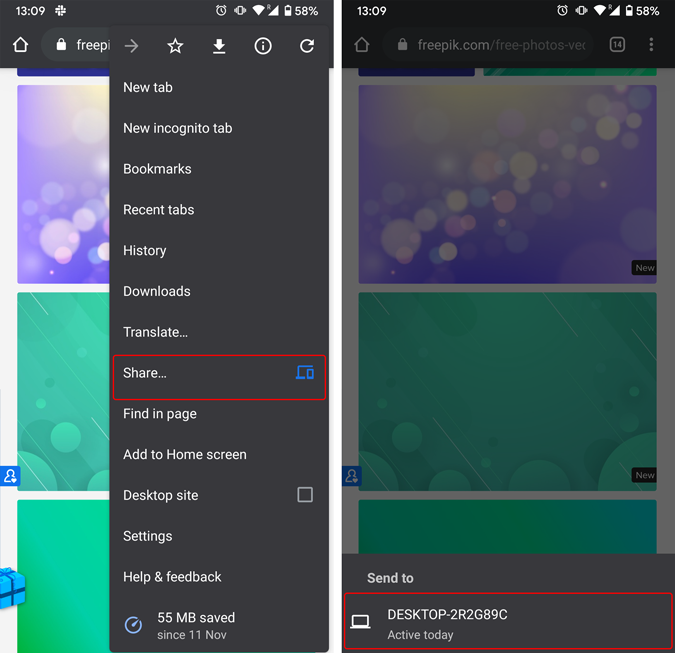 Send Pages is a new Chrome feature that Android users will love and it makes sharing links and webpages easier.  It lets you share your webpages between devices signed in with your Google account. Since this is a beta feature it’s not available in Google Chrome 77 stable. Hence, you will need to enable the following flags: 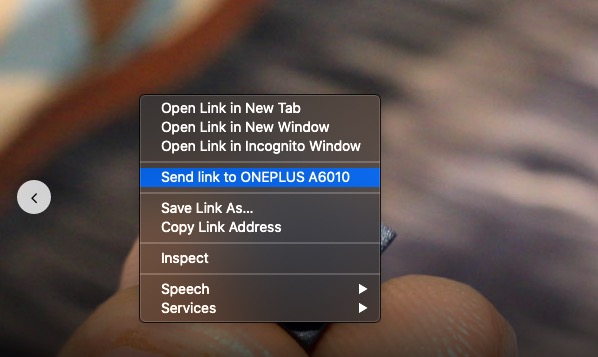 You can also tap on the address bar or the Omnibox for the Send Pages logo to appear. You can then tap on it and send to your intended devices. 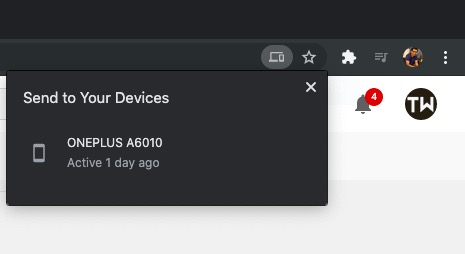 This feature flag hasn’t trickled down to other Chromium-based browsers. I personally use Brave on my Android device and Send Pages doesn’t work yet.

Dark Mode is everywhere, from Android to iOS to Windows. Well, it pretty much existed in the previous version of Google Chrome as well but it was automatic to match with your OS theme. With Chrome 79, you get to manually change Themes and colors for the top bar. You can go about making your own RGB combinations as well, but the existing ones are mostly enough. 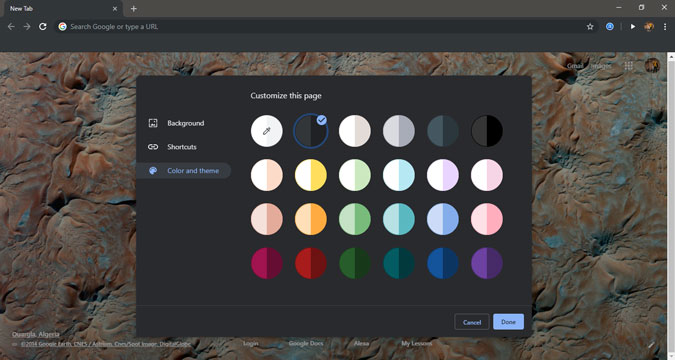 Now, earlier this dark theme wasn’t present in the developer’s options or Inspect menu, but in the latest dev build you have a dark theme for Developer tools as well. 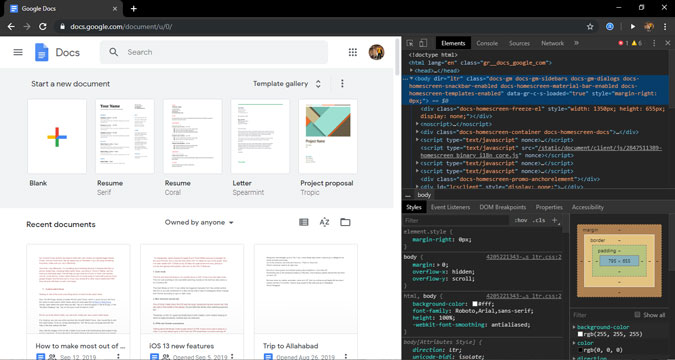 Talking about Dev tools, there is an interesting new feature that lets you copy the style of a particular web element. For instance, if I like the style of a button, I can just hit Ctrl+Shift+I, point to that control and right-click and select Copy Styles. This copies the CSS styles of the controls and you can then utilize it directly in your web apps. 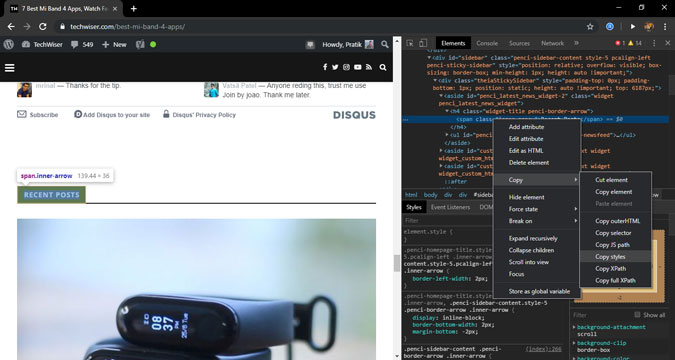 These were some of the upcoming features in the latest developer builds of Google Chrome. For more issues or queries regarding Google Chrome 77, let me know in the comments below.