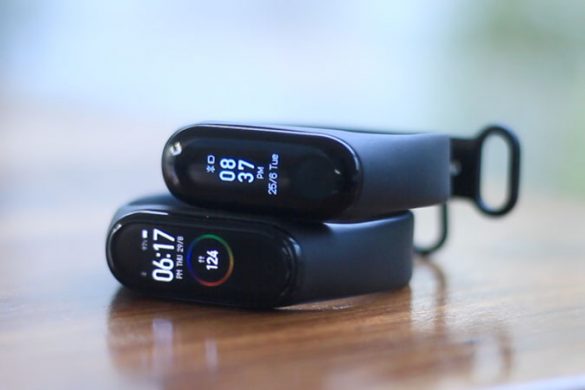 The Mi Band 4 is a significant upgrade over its predecessor Mi Band 3 with colorful AMOLED display, better sensors and improved exercise tracking baked into the band. Although it does get some tough competition from the Honor Band 5, it always surpasses it due to the huge third-party app support and community of developers. So on that note, here are the best Mi Band 4 third-party apps, tips, and tricks.

Gadgetbridge is an open-source alternative to the Mi-Fit app. The problem with the Mi-Fit app is that it doesn’t let you opt-out of data sharing or delete it. And that’s where Gadgetbridge comes in. It lets you use pretty much all the functions of your Mi Band (like sleep tracking, alarm, activity tracker, etc) without installing the Mi Fit app on your phone.

However, due to some recent changes in the Mi Band 4 firmware, you would now need a rooted Android phone to pair it with Gadgetbridge. The detailed method is explained in this article. 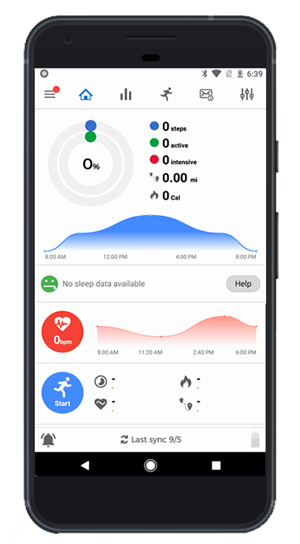 This might not be a great hack but trust me after you see this, you will be doing it 100 times a day. When you keep your finger covering the entire display of the Mi Band 4, it goes to sleep. It’s a quick gesture to glance at the screen and then turn it off.

The Mi Band 4 has pretty bad screen-off time and it takes about roughly 3s to switch off the screen. Well, it is done as a measure to save battery life. However, when you are on the music control menu, it really hurts when the screen goes off quickly. But with the recent firmware update, Xiaomi has added an option in the Mi Band 4 settings to increase the screen off time. You can keep it anywhere between 6-10s.

To do that, head over to the “More” option on the Mi Band. Further, navigate to the bottom and tap on Settings. The third option in the menu will be “Auto Screen Off”. 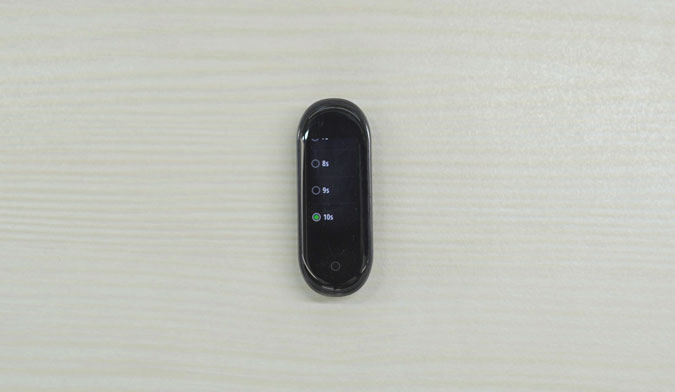 Mi Band 4 finally brought a color AMOLED display. Now, the Mi-Fit app does provide you with some odd 49 watch faces but they are just meh. Thankfully, you can sideload watch faces from the Internet through the Mi-Fit app. Or if you are not in the mood of doing all the hard work, you can use third-party watch faces app like AmazFaces and the Mi Band 4 Watchface.

AmazFaces has one of the biggest libraries of watch faces for all the Mi and Amazfit watches. Apart from these watch faces, you can also build your own watch faces, read more about it in the following article.

Read: How to create custom watch face for Mi Band 4

Nonetheless, it’s a good way to remote trigger a picture when you are in a group. Also, you can use this trick to shoot your own solo travel videos.

I have been using Notify & Fitness for a while now alongside the Gadgetbridge app. The sole reason being the detailed insights on the Mi Band 4’s data. You get your day’s heart rate graph, heart rate zones, detailed sleep analysis, and even a calorie counter. You can also connect your Mi scale and view its data alongside the Mi Band 4. 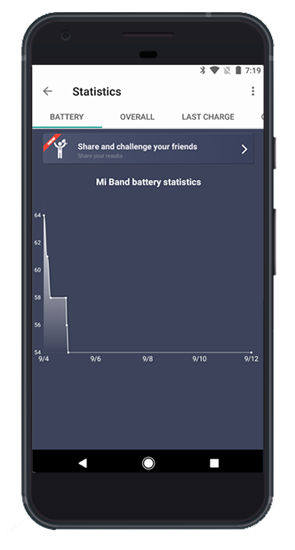 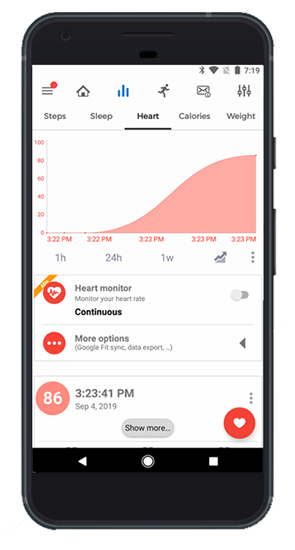 Notify & Fitness has a paid variant that lets you sync your workout to Strava or Runtastic.

Tools & Mi Band (previously known as Mi Tools) is a paid app ($4) but worth every penny. Unlike Gadgetbridge, which is a Mi Fit replacement app, Mi tools are more like a companion app for MiFit. It offers useful features that you don’t find in Mi Fit app. For instance, you cannot set up notifications for individual contacts in WhatsApp or your Phone calls. Mi Tools lets you do that and it works seamlessly. 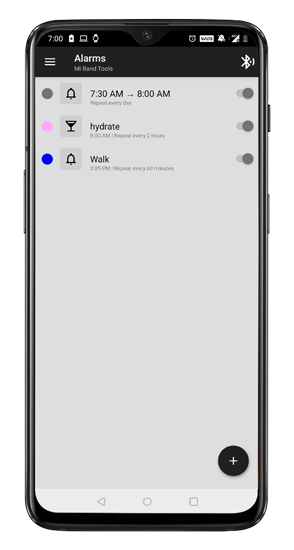 Moreover, the Mi Band 4 has an Auto-DND feature that switches off notification while you are asleep. However, Mi Tools takes it a step further and switches your band to DND while you are working out. Mi Tools also allows sync with other third-party apps like Sleep as Android which we will talk about later in this article.

The Mi-Fit app allows you to set up notifications for every third-party app. However, it doesn’t drill down and let you filter these notifications or customize them. So, you can use this app called “Alert Bridge for the Mi Band 4”. It lets you filter out notifications based on text. In case, I don’t want to receive those spammy facebook emails about whom to follow. So, I set the filter to weed out Emails that contain the text “Facebook”. Additionally, you can also set up the app to translate the emojis in ASCII text. 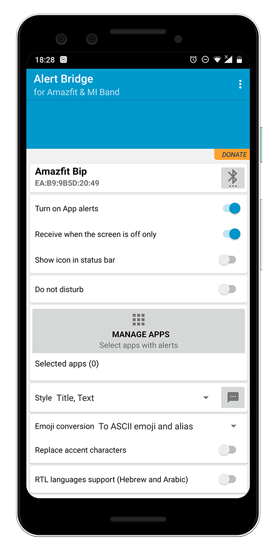 When it comes to sleep tracking, Mi Band 4 lags behind the Honor Band 5. Well, you can’t really fix that but use Sleep as Android to further enhance the sleep tracking data of Mi Band 4. You would require Mi Tools in order to make Mi Band 4 work with Sleep as Android. By far, my most favorite feature is the auto-wakeup feature. It will automatically calculate your sleep time and wake you up after 7 hours. 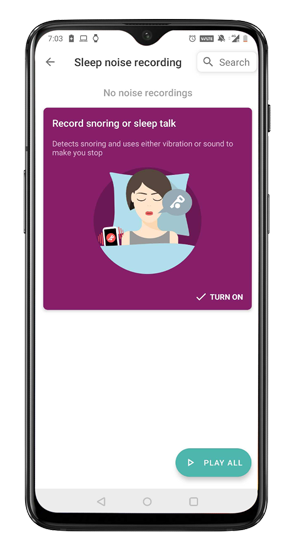 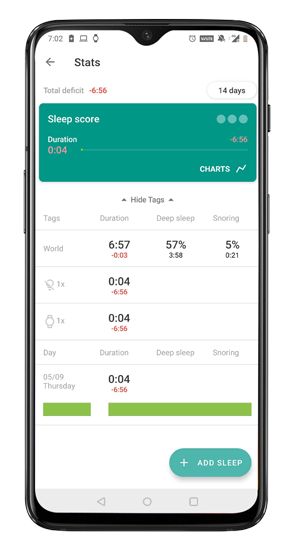 Read: Apps to Find Running Trails Around You

The only problem with Sleep as Android is seamlessness. At times, it fails to work with the Mi Band 4 and at those times you would have to rely on your phone.

Check out Sleep As Android

11. Use with other Workout Apps

Mi Band 4 is a great activity tracker but it doesn’t have inbuilt training options. For instance, I am training for a marathon and I use the Nike Running Club app to chart my training plan. You might be using some other workout-tracking app. Now, these apps let you attach external Bluetooth trackers like a heart-rate tracker, cadence tracker, etc. So, I have linked my Mi Band 4 to the Nike Running Club app as a heart rate tracker.

You can do the same in Strava and other workout apps as well. This enables the apps to use your Amazfit Bip as a heart-rate tracking device.

These were some of the nifty tips and tricks you can do with the Mi Band 4. My favorite ones are the integration with Sleep as Android and Tasker. Let me know in the comments about some of the tricks or Tasker automation you use.

Also Read: Strava vs. Endomondo: Which Fitness App Should You Use