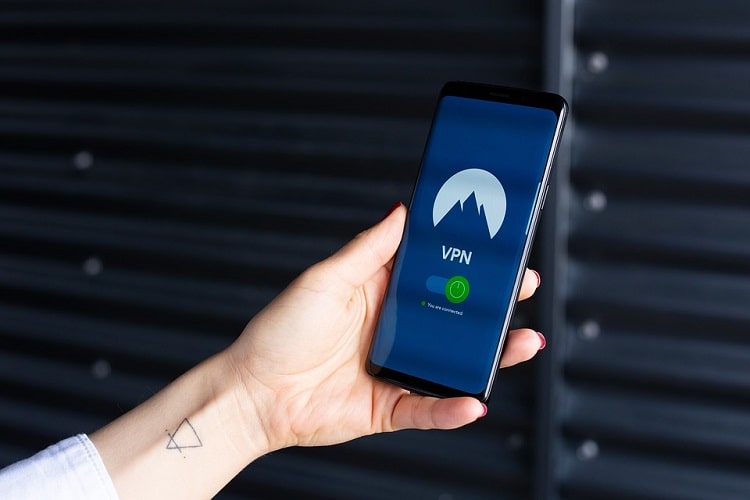 After covering some of the best WiFi Hotspot apps for Android users, its time for iOS users. We don’t leave behind anyone. Like most Apple apps and services that are shipped with your iPhone or iPad, the Wi-Fi hotspot app takes a bare-bones approach. It will look for nearby Wi-Fi networks and help you connect with them, but that’s as far as you can go. The option is available under your iPhone’s Settings > Personal  Hotspot. But, it lacks certain features like there is no way to connect securely or check for signal or share some love with other hotspot users using tethering. We will see if we can solve these shortcomings using third-party apps.

Here is a list of all the Wi-Fi hotspot apps for iOS users that will open up more possibilities for you in an instant. Get the most out of your smartphone. Let’s begin.

Speedify is one of the smarter VPN apps and a must-have for your iPhones. Using the channel bonding technology, Speedify will connect with more than one Wi-Fi network and use the fastest one at any moment to connect to the Internet. That means you will receive the best bandwidth, no matter what. No need to switch back and forth between hotspots now. To take benefit of the channel bonding tech, you will need to connect with at least 2 Wi-Fi networks at all times. 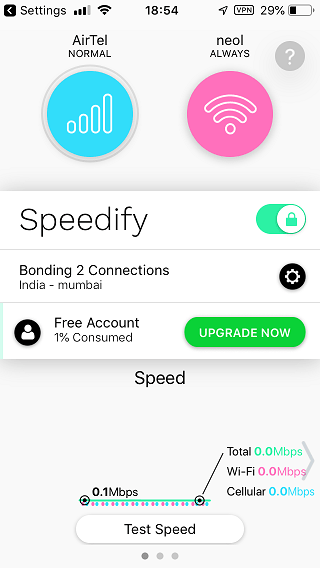 Because you are using a VPN, you will be protected against cyber attacks that are so commonly carried out by hackers via public Wi-Fi hotspots. Speedify has a no-logs policy which means your business is nobody’s business. Speedify offers maximum speeds with lowest possible latency. The free plan will get you 5GB every month after which, pricing begins at $3.99 per month for individuals. Family plans begin at $8.99 per month.

OpenSignal help you find the best signal in any area. An open-source app with a very active community, OpenSignal will come in useful when traveling to areas where the network is an issue. Not only that, but you can also scan for hotspots in the area and connect to them. There is a speed text button to check upload and download speeds and latency. 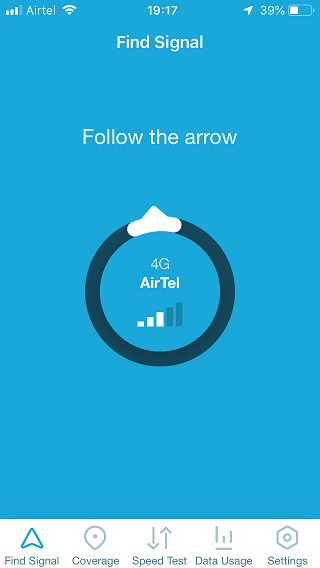 All the cell towers of available telecom companies have been plotted a map that opens in Google or Apple Maps. The map is interactive so you can view the location of these towers and hotspots on the map, or simply follow the circle in seen in the screenshot above. Makes it easier to find the best hotspot provider and even network before subscribing.

Wi-Fi Anywhere comes with a bunch of useful tools that will help you take care of your hotspot needs. You will begin with searching for nearby hotspots that are open or not. Then there is safety test feature to determine if the Wi-Fi hotspot is safe to use or not. I would recommend a VPN irrespective of what any app says. 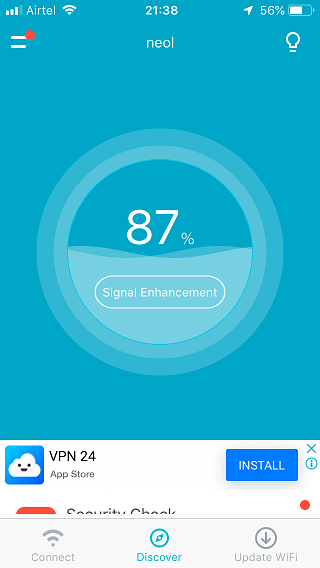 One neat feature is the ability to detect all the devices that are connected to the hotspot including their device name, brand, IP address, and type. Useful to know who else is using the Wi-Fi, especially you have created the hotspot on your mobile. Set data limits and monitor the same you won’t go overboard at any point in time. Finally, you can do a speed test. As you can see, Wi-Fi Anywhere provides a set of useful Wi-Fi hotspot tools for various occasions.

Wi-Fi Anywhere is completely but ad-supported which can be annoying sometimes.

Also Read: How to Share a VPN connection over Wi-Fi on Windows 10

WiFi Map is a powerful app with a lot of features you would like to have. The first and foremost is the VPN feature. That means you can safely connect with public Wi-Fi networks and hotspots without having to worry about phishing and other attacks.  Then comes the robust list of Wi-Fi networks with their ID and passwords from around the world. Yup. A database of hotspots with their ID and passwords. 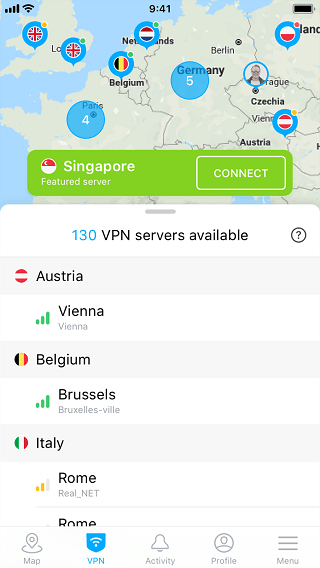 To make it easier to find these hotspots, there is a handy map which loads even offline. Then comes the standard speed test tool to help choose the fastest Wi-Fi network. One cool feature is that the database will keep updating itself everytime a password is changed.

TetherMe is a Cydia tweak that only works on jailbroken iPhones. If you have one, it can be a lifesaver. TetherMe offers a simple way to tether and turn your iPhone into a hotspot. That means your carrier will not know where the data packets are coming from. If you have your laptop connected to your iPhone’s hotspot, your carrier won’t see your laptop, only your mobile data packets. 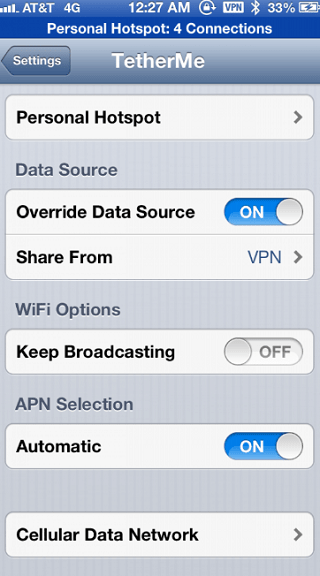 That can save you a lot of data. There are other notable Cydia tweaks that also works similarly like MyWi and PDANet. Go check both of them and choose the one that works best for you. A note of caution here. All carriers have ways to detect tethering but only when they are actively monitoring you. Be careful while using such tethering apps.

The reason why people was resorting to apps like TetherMe is because in the US, carriers are limiting Wi-Fi hotspot sharing and when they do, plans are expensive beginning from $10.

These are some of the best Wi-Fi hotspot apps for iOS users. Due to the restrictive nature of the Apple ecosystem, there are no good Wi-Fi repeater apps that works, like they do in Android. If you know of any such app, do share with us in the comments below. I would recommend OpenSignal to find cell towers and WiFi Map to find hotspot locations and their passwords from all over the world. You can use any VPN service that you find suitable as per your needs as they tend to have different plans.

Note that due to Apple restrictions, there is no way to share VPN when connected to Wi-Fi or even Wi-Fi using hotspot while connected to a Wi-Fi network, like we can do on Android smartphones.