Home » macOS » Keynote vs PowerPoint: Which Software Is Better for Making Presentations

Keynote vs PowerPoint: Which Software Is Better for Making Presentations 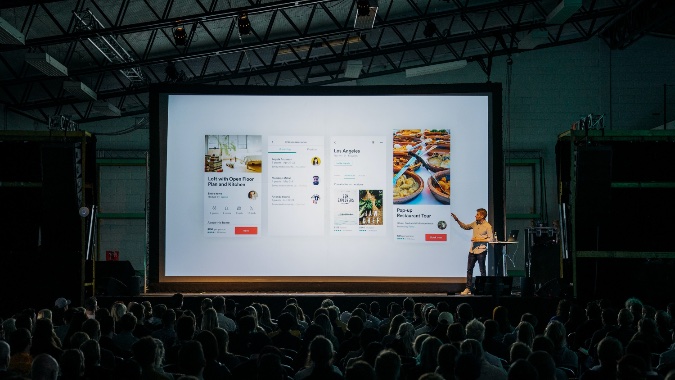 We have many startups aiming to challenge the dominance of Microsoft Word and Google Docs. The PPT software market is yet to be disrupted. It is heavily ruled by the likes of PowerPoint, Google Slides, and Keynote. Mac users might get confused between the default Keynote and Microsoft’s PowerPoint to create presentations. Find out the differences between the two and pick a better software for your needs.

The comparison below is based on several factors including cross-platform availability, price, UI, features, templates, sharing, and more. Let’s get started.

Keynote, being an Apple software is limited to the company’s platforms only. You can access Keynote on iOS, iPadOS, and Mac.

If you are frequently switching between Windows and Mac, you should go ahead with PowerPoint.

This is the first thing you will notice while creating a new presentation on Keynote or PowerPoint.

Starting with Keynote, Apple has neatly divided the templates gallery into several categories such as Basic, Minimal, Bold, Editorial, Craft, and more.

Microsoft has a rich PowerPoint templates gallery on Windows. But the same can’t be said about the PowerPoint Mac app. Microsoft hasn’t categorized them and just placed templates randomly. You can search for more templates using the search bar at the top.

At first glance, both the Keynote and PowerPoint stay true to their respective design principles. PowerPoint looks identical to Word and Excel with a famous ribbon design. While Keynote stays in line with Pages and Numbers with a side menu bar.

Microsoft didn’t make major UI changes from Windows to Mac. The PowerPoint app looks similar to that of Windows. It makes it easy for someone who is switching between Mac and Windows to edit presentations.

Keynote definitely looks and feels modern and less cluttered compared to PowerPoint. It carries a minimalist and yet functional UI on Mac. You won’t have a hard time finding the right options in it.

Let’s talk about the main aspect of the comparison. Which app is more useful to create eye-catching presentations in less time? Let’s start with Keynote, shall we?

With Keynote, you can add more slides, select from different slide styles, customize text, images, and more with built-in tools. Users can also insert tables and charts from the top menu bar.

The animation menu might take some time to get used to. Overall, we found Keynote to be basic as best. It requires too much effort from your side to create a beautiful presentation.

PowerPoint has a killer feature called Design Ideas. Simply add text and image to the slide and click on Design Ideas from the Home menu.

The app will open a sidebar with different styles and animations to adjust data. Try creating a listicle in PowerPoint, and you will be amazed to see the suggestions from the Design Ideas menu. In a matter of minutes, you can end up with a truly amazing slide to showcase.

We have created many presentations using Design Ideas alone and the client was happy with the overall outcome as well. The other functions are identical to use.

Both the Keynote and PowerPoint come with Speaker Notes as well. Keynote refers to it as Comment in the app.

Apple was late to the live collaboration but the company has caught up with Microsoft and Google here. After creating a presentation in Keynote, you can click on the Collaborate icon at the top and share it with others.

There are three options here. You can either add another user’s Apple ID or mobile number. You can also copy the link to the PPT file and share it with others.

Don’t forget to make changes to the Permission menu. You can give view-only permission or allow others to make edits.

As for PowerPoint, you can invite others to make edits to the presentation, copy a link to the PPT file, or directly email the file.

Keynote uses Apple’s iCloud service to store the presentations. PowerPoint relies on OneDrive to get the job done. Both the iCloud and OneDrive come with 5GB of storage. Keynote is completely free to use. However, you may need to subscribe to iCloud+ plans if your Apple account is low on storage.

Wrapping Up: Keynote vs PowerPoint

Even though Apple Keynote has a better user interface, built-in templates, and a good amount of features, the Design Ideas function alone is capable to make PowerPoint a winner in this comparison. With Design Ideas, you can easily come up with stunning presentations in under half an hour.