7 Best Twitter Apps for Mac That You Must Use 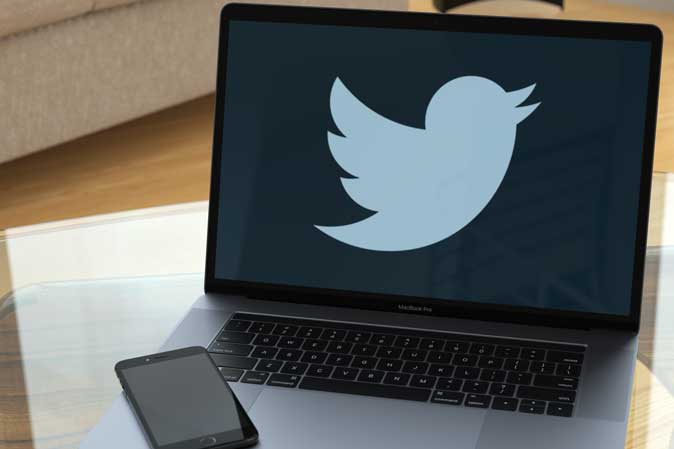 Using Twitter in a web browser is not at all user-friendly and most people use third-party clients for smartphones and PCs. These apps offer better customization, more control, and overall a better experience. We haven’t covered Twitter apps for Mac yet. So which are the best Twitter apps for Mac? Well, I’m here to answer this question with my top picks, let’s begin.

TweetShot is a simple Twitter app that lets you do one thing, tweet from your Mac. No, it’s not a full-blown client and doesn’t let you browse your timeline. The app sits neatly on the Menubar and you can press a keyboard shortcut to bring up the Tweet window. After that, write your tweet and hit Send. It’s that easy.

TweetShot also lets you reply to your latest tweet/reply. You can’t attach more than 4 images and 1 video to the tweet so that’s a limitation. TweetShot is available on the App Store for $2.99.

TweetDeck is the official client by Twitter that is intended towards marketers, publishers, and power-users. The interface is condensed into four vertical columns that give you a list of your feed, notifications, messages, and worldwide trends. You can add new columns easily. This layout allows you to multiple interests simultaneously.

You can schedule tweets, add multiple accounts, mute certain words, and shorten links. TweetDeck is free on the App Store. In fact, there is also a web version.

Neptune is a sleek Twitter client for Mac that tries to match the Apple design scheme and offers a consistent look. The interface is streamlined and you get minimal obstructions. The like, retweet, and reply buttons are tiny but pushed to the side to offer a cleaner look. The tweet cards have rounded edges that look modern and blend well with the macOS design language.

Neptune offers a dark theme, bookmark tweets, filter out words, and a chronological timeline. However, Neptune only allows you to post tweets with images and not videos. It is free on the App Store and you can unlock more features with Neptune+.

You can choose between the mobile layout or the TweetDeck-inspired column layout for Twitter accounts. Apart from this and option to use all your social media in one place, Friendly doesn’t have any other features. You can get it from the App Store for free.

Tweeten is a powerful Twitter app for Mac built upon TweetDeck and offers a similar column-based layout. At the core, the features are similar but Tweeten adds a few more to enhance your user experience. For example, you get a dedicated emoji-picker tool that lets you choose quickly. You can also download videos from Twitter with a single click without leaving the app.

Tweeten also brings native support for Touch Bar that lets you access all shortcuts within fingers’ reach. Tweeten is free for Mac and you can get it from the website.

Tweetbot 3 is a beautifully designed Twitter client for Macs that prioritizes usability and aesthetics. The app has a dark mode that blends well with macOS design, videos and GIFs that play automatically on hovering, custom timelines, and advanced filters.

Tweetbot also saves all the drafts in one place which gives you instant access later. One of the best features of this app is the iCloud sync that lets you sync between iPhone and Mac. It means you can pick up from wherever you left on any device. Tweetbot3 is available on the Mac App Store for $9.99 but there is a 14-day free trial.

Twitterrific offers a clean and uncluttered way to browse your Twitter timeline on Mac. It lets you view the timeline in chronological order without any of those pesky-liked tweets that make their way on the list. You can put up multiple timelines from one or more accounts, navigate the app with VoiceOver, sync using iCloud, mute and muffle keywords and users, etc.

Things that Twitterrific does better than other apps on the list are the ability to natively translate a tweet, color coding tweets, PIP mode for videos, and intuitive keyboard shortcuts. Twitterrific is available on the Mac App Store for $7.99.

These are some of the best Twitter apps for your Macbook. Ranging from the simplest to the most feature-rich, the list above has all. TweetShot lets you tweet without the distractions of a timeline, Neptune lets you easily discover old tweets if you’ve bookmarked them and Twitterrific lets you view media in PIP mode. And then there is TweetDeck that will save you time. Which app do you prefer? Let me know on Twitter.

How to Enable Focus Mode on Mac

Keynote vs PowerPoint: Which Software Is Better for...

How to Backup Files to Google Drive on...

How to Backup Photos to Google Photos on...

How to Create a Keyboard Shortcut to Snap...

Safari vs Chrome on Mac: Why Is It...