How to Watch Wonder Woman 1984 Outside USA on Android, iOS, Android TV, Firestick, and Web 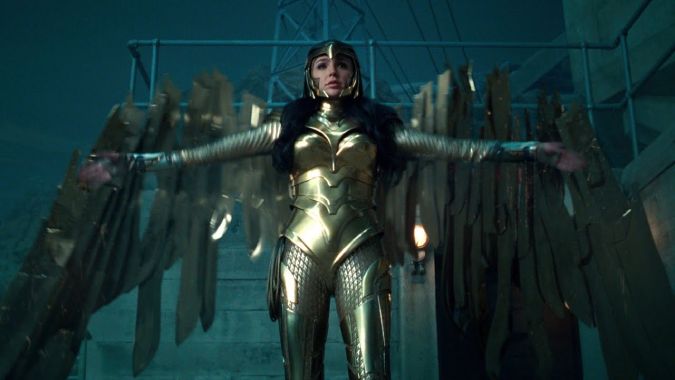 Basically, we would need 2 things to watch Wonder Woman 1984:

Free VPN apps like ProtonVPN won’t work with HBO Max. Hence, we would need a paid VPN app. There is a lot to choose from but I would recommend SurfShark VPN. It works in most of the cases and it’s the cheapest of the lot.

Next, HBO Max requires you to subscribe in order to watch content. Recently, HBO Max canceled its 7-day trial ahead of the Wonder Woman 1984 launch. Hence, you would need a US credit card to sign up and shed off $14.99. We’ll see how to bypass that in this article. Let’s start with Android first.

How to Watch Wonder Woman 1984 on Android

Once you have changed the country to the United States, download a VPN app of your choice. For this instance, I am using the Surfshark VPN app. In the VPN app, change your country to a random United States server.

Now that you have connected to the United States VPN server, install the HBO Max app. Next, open the app.

The HBO Max will open normally without asking for any subscription or sign-in requests. You would have to move to the “Profile” tab and tap on the Subscribe Now button to sign up.

On the subscription page, enter your name, email ID, and other details. When you click on the Create Account button, it’ll ask you for payment details, specifically Google’s payment method. Thankfully, HBO Max doesn’t check the card details if you use Google Payment. Hence, you can use any credit card of any country to subscribe to HBO Max.

A month of subscription to HBO Max would cost you $14.99/mo. You can cancel the subscription anytime within the Google Play Store app.

How to Watch Wonder Woman 1984 on iOS

Similarly to Android, we need to change our Apple ID country to install HBO Max. However, unlike Android, Apple makes it pretty easy to change the country on the App Store. Head over to the App Store, tap on Settings > View Apple ID > Country/Region. While changing your App Store country, keep the payment method to None. If you are confused, go through our detailed article on How to Change App Store Country on iOS 14.

Once you have changed the country to the United States, turn on your VPN app and connect to a United States server.

Head back to the App Store and search for HBO Max to install it.

How to Watch Wonder Woman 1984 on Android TV

Android TV works pretty much the same as Android phones. However, making a payment on TV is more tedious. Hence, I would recommend you grab your login credentials and payment via the Android method. Once you have those, go ahead and sideload the HBO Max app from the link below.

Once you have downloaded the APK, sideload it to your Android TV. I mostly use the Send Files to TV app to send APK files to an Android TV. Once done, install the app using a File Explorer app.

Before opening the HBO Max app, turn on your VPN and connect to the United States server.

HBO Max will ask you to sign via your phone or computer. Do that and make sure you have a VPN turned on the particular device.

How to Watch Wonder Woman 1984 on Firestick

The process for Firestick is almost similar to Android TV. Almost. For Firestick, HBO Max has recently launched on the Fire TV store. However, downloading the app from the Fire store would be a task. I recommend you sideload the HBO Max APK via the Apps2Fire app.

Once you have installed the HBO Max app, use a VPN and connect to a US server. Next, open the HBO Max app and sign-in via your Android or iOS device. Make sure you use a VPN on the device you are using to sign-in.

How to Watch Wonder Woman 1984 on Web

If you want to watch HBO Max on the web, things are a tad bit complicated. Apart from a VPN, you will also need a US credit card. But, a workaround to this is to get an HBO gift card. You can get an HBO gift card from My Gift Card Supply. The minimum gift card price is $25 and in total, it’ll cost you $29.97.

Once you get the Gift Card, turn on your VPN and connect to a US server.

After you have turned on the VPN, head over to the HBO website to redeem the gift card. You will have to enter the gift card code and US zip code. Next, click on the Continue button.

You will sign-up on the HBO website. The gift card value will be redeemed under your HBO account. Note that you will have to create a new HBO account which will require a different email ID for registration. You won’t be able to redeem the gift card on an existing active HBO account.

These were some of the ways we could come up with to watch Wonder Woman 1984 on HBO Max from anywhere in the world. For more issues or queries, let me know in the comments below. If you found another way to watch it, do let us know.