Zoom Cloud Meetings vs Google Meet – Best Choice For You? 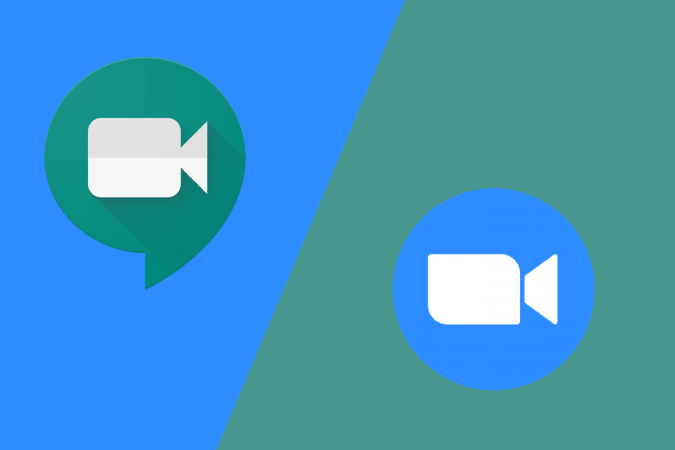 Google recently made Google Meet free for everyone until Sept 31st, 2020. It doesn’t matter whether you have a Gmail account or not. Now, if you are on the lookout for an ideal Zoom alternative, the options are better than ever before. In case you are confused between Zoom and Google Meet, here is a head-to-head rundown of both the apps.

In this comparison, we’ll be considering the free variants of both the apps. Now, the free version of Google Meet and the paid ones are the same. On the other hand, Zoom has different pricing tiers. So, the free variant has certain limitations compared to the paid variant.

Both Zoom and Meet let you launch a video conference on the click of a button. Basically, it’s quite easy to set up a meeting that could accommodate 100+ people. Both of them are quite robust and scalable when it comes to handling group calls and large audiences. Zoom has apps for every platform like Android, iOS, Windows, macOS, Linux. Whereas, Google Meet is a web app and doesn’t have a dedicated desktop app. However, you do have mobile apps for both Android and iOS.

Zoom earlier was quite criticized due to the entire Zoom bombing episode. But, it was quick to retaliate and offer enough privacy features to keep your meeting secured from strangers. On the other hand, Google Meet also provides features that prohibit strangers from directly entering the meeting or sharing the screen.

This might be the biggest factor to consider if you host webinars. Google Meet allows 250 participants at once compared to Zoom’s 100 participants limit. Now, Zoom can also scale up to 1000 participants but you would have to subscribe to the Enterprise plan at $19.99/mo/host.

Google Meet has fewer meeting options that make the UI minimal and to the point. The lesser features are a result of the well-thought-out interface by Google. It chooses the best security options as default.

For instance, Google doesn’t allow non-Gmail users to share screens. This not only eliminates the risk of having random people over the Internet jumping on your meeting and sharing NSFW stuff but also eliminates the complexity of screen sharing options.

The difference in UI might not be upfront when using desktop apps but in terms of mobile apps, the difference is day and night. The Google Meet mobile app is quite similar to Duo (Google’s consumer video calling app).  The major part of the screen is the camera preview with 2 options at the bottom: New meeting or Meeting code. You can dial in the meeting ID or create a new one quickly.

Out of all the web conferencing apps, I have tried, Google Meet is the only one that has working live captions. It might not be a huge deal normally but is a boon for people with hearing impairment. The inbuilt captions work great and appear at the bottom of the video preview. As of now, the captions only supports the English language. 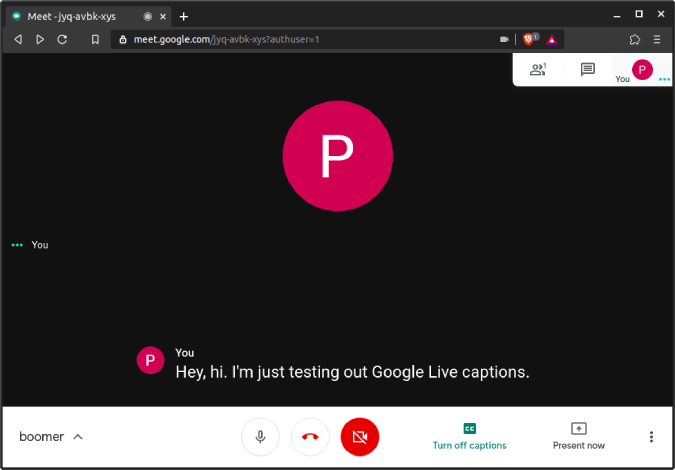 Obviously, Google integrates well with other Google apps like Gmail, Google Calendar, etc. For instance, you can create a Google Meet video conference from within Google Calendar or Gmail. Moreover, you can even add Google Drive file links or attach the files directly to the Google Calendar event. Post that, Google will send an email to all the invitees.  This notification is synced to your Android device as well.

All in all, Google Meet gets more friendly and intuitive to use if you are already a Gmail and Google calendar user.

5. Zoom has a built-in whiteboard

Zoom has a built-in white screen that you can quickly find when you hit the Share button at the bottom. It also lets you collaborate with other participants on the screen. This is an extremely handy feature and can be used to prototype and story-board. Google Meet doesn’t have a built-in whiteboard. However, you can use Google Jamboard with Meet which is a more advanced and separate Google whiteboard app. Basically, it’s paid!

Zoom has a big record button at the bottom. You click on it and it starts recording the meeting locally. It’s quite simple. However, Zoom mobile apps don’t support recording in the free version. It’s quite simple and works irrespective of the network.

Zoom, no doubt, has an exhaustive list of meeting features. The highlighted ones are the whiteboard, remote screen control, etc. It also provides you features like breakout rooms, waiting rooms which let you divide the participants into multiple groups.

Although Google has a huge number of Google Apps, Zoom somewhat makes up with the Zoom marketplace. It integrates better with collaborative tools like Slack, Trello, OneDrive, etc. Moreover, the Zoom app is also available on other app marketplaces like Microsoft Teams, Slack, etc. Whereas, Google Meet is slightly restrictive when collaborating with apps outside the Google domain.

To sum it up, Google Meet is a good alternative for Zoom. The polished UI and integration with other Google Apps make it more pleasing. However, the app is free only until Sept 31, 2020. Post that, Zoom will still continue to be free. If the transition is a huge deal, better stick to Zoom.