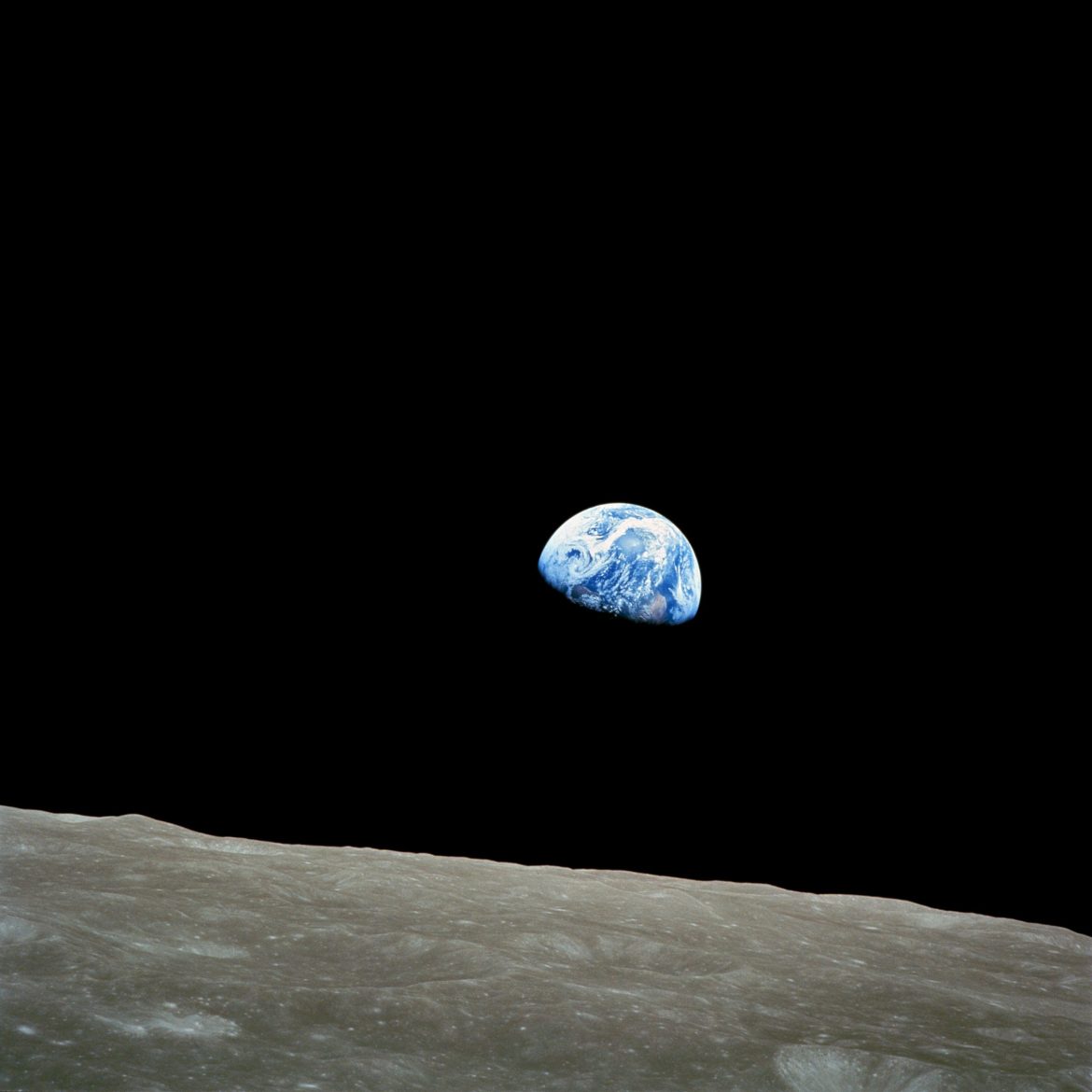 You can’t deny that gazing up at the sky at night makes you want to know more about outer space. Space is simply an area of interest for everybody. However, interest in Astronomy can vary from person to person. You might just want to read on it, gain info about the solar system, or try your hands at astrophotography. Whatever your interests are, there is an app for you in the market. Here are Best Astronomy Apps for iOS & Android.

In case you know a lit’ bit about space you’ll be familiar with the National Aeronautics and Space Administration. This app is designed by NASA and is a great source of legitimate and updated information. The app doesn’t have just one section, it tells you the latest news, tweets, and mission information. The app also has a feature section to put all your curiosity to rest. It shows you info on NASA’s history, info on planets, comets, moons, and even a stimulus of our solar system based on real-time data. You can enable notification for NASA’s upcoming events, the image of the day and if you like, it can also tell you when the International Space Station is flying above you.

If you love using space pictures as wallpapers, you’ll find over 16,000 images in the app which are updated regularly. Furthermore, you can replace your phone’s ringtone with sounds of space shuttles, space station command audios, and much more. 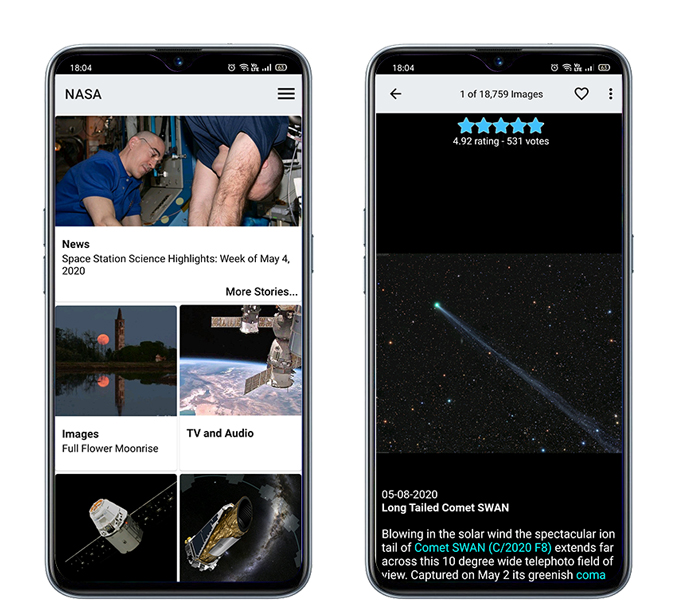 If you’re still curious to learn about the cosmos, NASA’s App has tons of information, but it still isn’t an easy read. The Universe App, on the other hand, explains the entire history of the cosmos with vivid pictures, simple language, and easy to understand graphical explanation. The app comprises six-chapters in total which includes how the universe came into being, the beginning of time, the secret of life, eventual death of the cosmos, etc.

The app doesn’t contain any ads, but you can contribute anywhere from $1 to $15. If you want to learn about the cosmos, I highly recommend the app. It’s so well written and presented that you’ll lose track of time while using the app.

Get Universe for Android 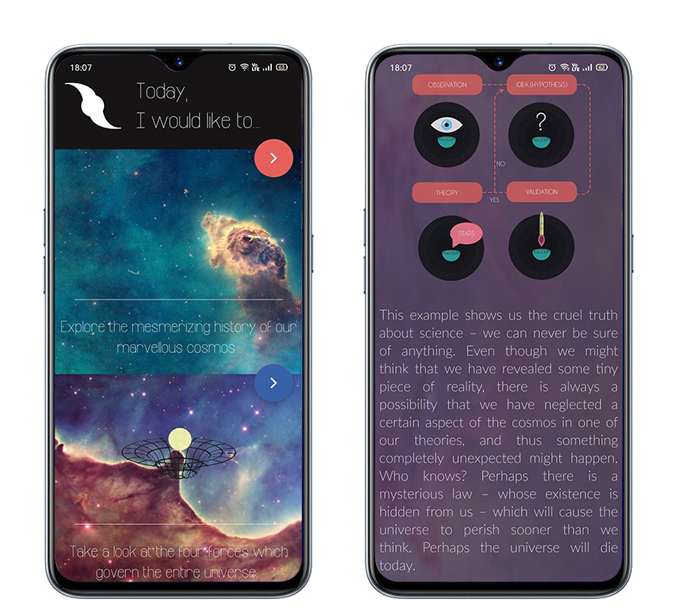 Unlike the other apps, this one takes you on a space journey with its 3D interface. All the information can be found within the 3D model, so you can tap on planets, moons, and satellites to gain more information about them. The app is very interactive. You can rotate and zoom completely, even out of the milky way galaxy. The best part is, the model is in sync with the real-time data. Moreover, with the Time Machine feature, you can choose any date and time that changes the model accordingly.

The app is free however there are plenty of in-app purchases. For example, you can buy 3D satellite models, short movies, or buy high-resolution surfaces of celestial bodies like the Earth, Venus, etc. 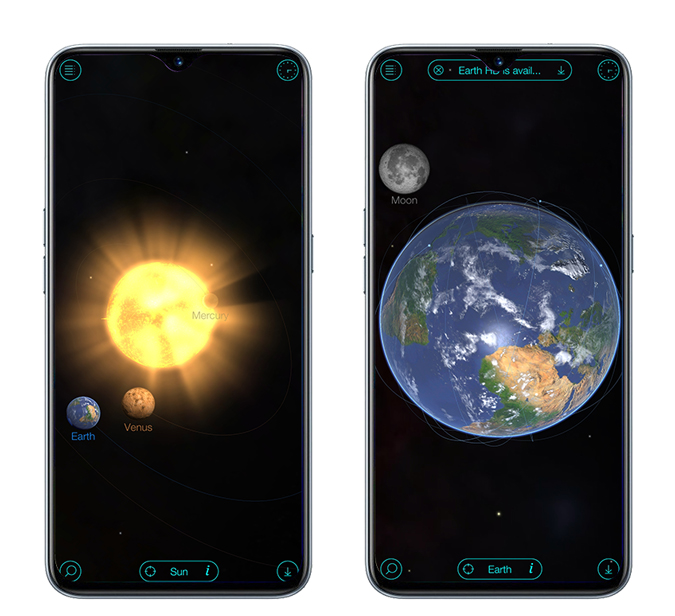 Stargazing is a hobby for many people. It’s the closest you can get to outer-space with the naked eye. However, every time you look up at the sky, you won’t be able to identify constellations, stars, and planes. This is where a stargazing app comes in. WithSky View lite, you can simply point your smartphone at the sky and identify objects. It uses your GPS location to show these accurately. Besides that, you can also take pictures and save them on your phone.

It also uses Augmented Reality to project constellation shapes. Hence, when you point at stars, it connects the dots to show you constellation shapes in real-time, along with the info. You can also hold your camera at a certain star to track its trajectory. The app is free to use, but if you want more constellation support you can buy the app for $1.5. 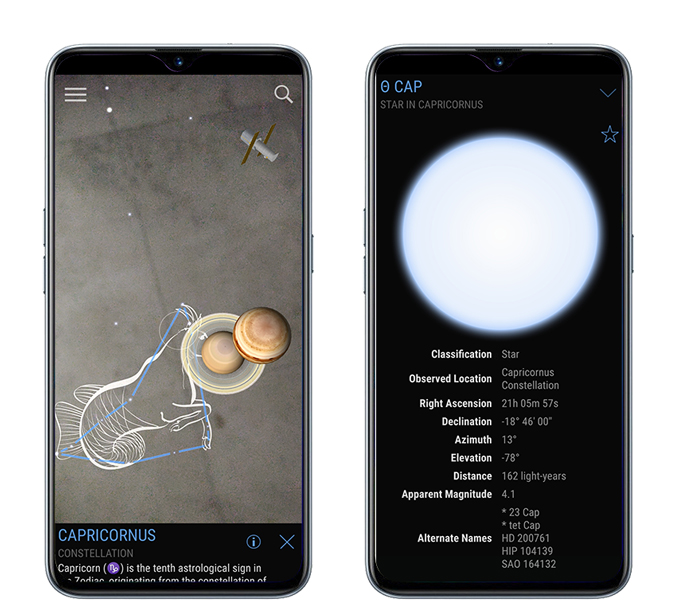 You might already know that all the celestial bodies always keep moving hence it’s hard to track them accurately. Therefore whether you want to take a perfect picture of a planet or just want to keep yourself updated about today’s sky, this app helps you forecast the right conditions for it. It tells you the current cloud cover, the altitude of the sun. moon and also the moon phases. You can also check out details of the could cover with infrared images accurate to the last four hours at your location.

Information about active meteor showers, visible plants are displayed in “At a Glance section”

It also has a forecast tab, which shows weather conditions for the current day, which you can change manually. The best part is, you also check the “Best observing window” for the current night. If you tend to forget things, you can set a reminder as well.

Get Nightshift for Android 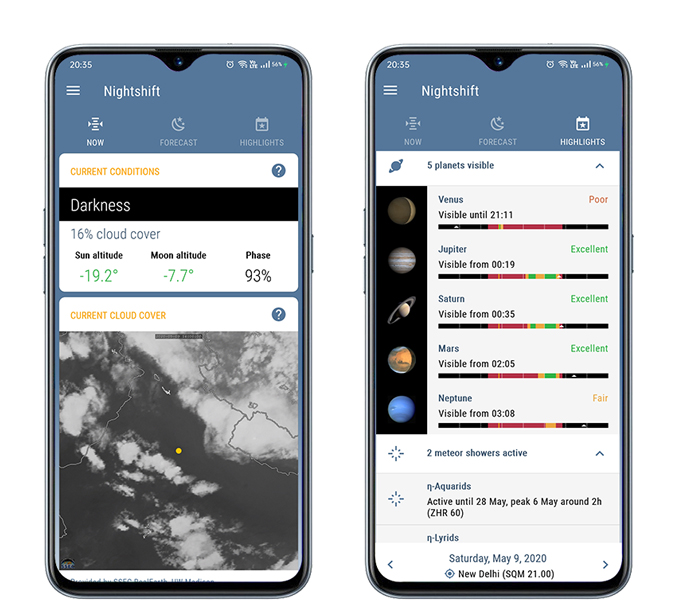 If you always wanted to do astrophotography but couldn’t get your hands on a DSLR. Now, you can use your phone to capture the galaxy. Google released the much-hyped astrophotography mode with the Pixel 4 that lets you capture the stars without any hassle. This specific camera app is ported for other devices.

You can also use your phone’s manual mode, or apps like Open Camera, to set Focus to infinity and Shutter Speed to Maximum and compile multiple shots in post-processing.

To capture, Open Gcam and tap on Night Sight. Finally mount it on the tripod and wait for the Phone is Steady sign and capture. All you have to do now is sit back and wait patiently while Gcam does its magic.

Astronauts are the only bunch of people who get to see the beauty of outer space. But others? Of course, they can’t hop on a space shuttle and visit any planted that you want in outer space.

However, using a VR may take them closer to the dream. All you need is a smartphone and a supported VR headset such as the Oculus Quest, Google Daydream View, or cheaper options like Utopia 360° VR Headset, and Google Cardboard. After you’re all set with the hardware, here are some apps to  VR experiences you can enjoy.

You can use your phone with all these apps, but there is always a hardware limitation. Hence, telescopes are a great way to follow celestial objects. Although good telescopes can cost a lot, there are few highly rated telescopes you can buy, such as Gskyer Astronomical Refracting Telescope for Beginners. You can even attach a phone and capture what you see from the eye-piece. It’s a great option for kids as it’s quite compact and easy to carry.

Another great beginner telescope is Celestron PowerSeeker 127EQ Telescope that has Manual German Equatorial mount for smooth tracking of space objects without any hassle. 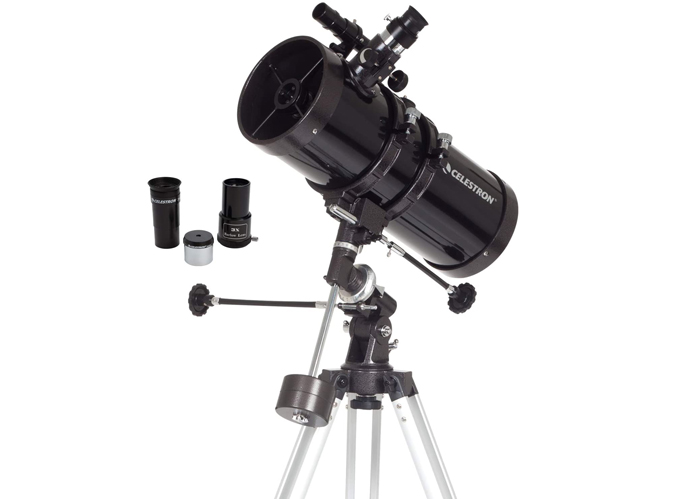 So, these were some apps for astronomy fanatics. You can do anything from checking ideal conditions to star-gaze, gain info about space, use your phone as a device to identify constellations, etc. You can also tune into YouTube to see how Earth looks from the International Space Station in real-time. I hope you found the astronomy app you were looking for.