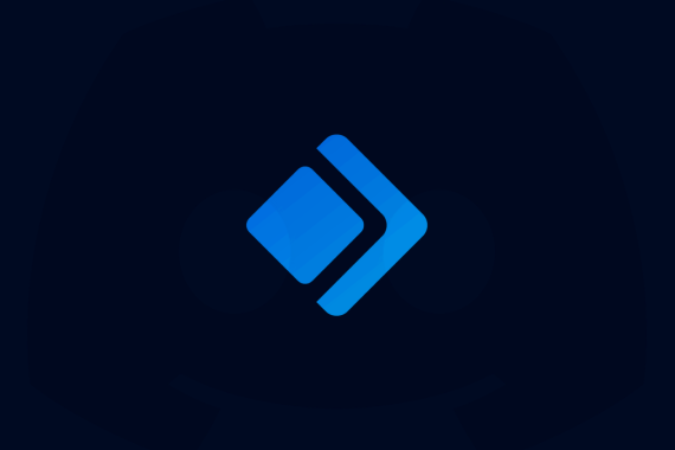 Dyno is a multi-functional Discord bot that can manage various tasks from managing the server and roles to creating polls. As most people just use the bot to manage roles on the server, here are other Dyno bot commands that are often overlooked.

Before getting started, the prefix of Dyno Bot is ? (Question Mark) that you need to use before every Dyno Bot command. You can change the prefix by opening the Dyno bot Dashboard page and enter the new prefix in the Command prefix field under Bot Settings. With the latest Discord update, you can also use / (Slash) as a prefix.

Also, all commands need additional info like username, channel name, search query, or something that helps it to execute the command correctly. I will mention when you need these details in brackets. If you are not sure how to use a specific command, just type the prefix, then command name, and hit enter. The bot will reply with details of how to use that specific command.

That being said, let’s start with managing roles that most people use Dyno Bot for.

Dyno Bot makes managing roles an easy and more customizable process. Once you install the bot, you won’t have to struggle with server settings or permissions every time. Almost all server role management needs can be met with small commands that will make the process faster.

1. ?addrole [role] & ?addmod [role] commands are some of the most used commands as they allow you to create a new role instantly. The only difference between a normal role and a moderator role is that the moderator role can control the server with commands just like you.

2. ?delrole [role] and ?delmod [role] will be useful to delete the role that you have created as the name implies. You can also use ?delmod [user] (replace ‘user’ with username) and it will delete the user from that specific moderator role removing his abilities to control the server.

4. ?roll add [user] [role] command is used to assign a specific role to a user. There is no special command for the moderator’s role. Just insert the username and name of the moderator to assign that role to the user.

6. ?role all [role] command will remove all users from a specific role so that you can begin afresh.

7. ?role removeall [user] command removes all the roles of a specific user.

8. ?role bots [role] and ?role humans [role] commands can be useful to add/remove bots or humans from a specific role respectively. So if you want to remove all bots in any specific role, use bots command.

9.?roles command will list out all the roles available in the server whereas ?roleinfo [role] command is useful to give more information about a specific role.

10. ?rolepersist add [user][role] and ?rolepersist remove [user][role] commands are useful for assigning a role to the user that persists even after the user leaves and rejoins. You can also add your reasons at the end of the command. That way, when you use the ?rolepersist Dyno bot command, you will see all the persists and reasons why you gave that user a persistent role.

Other than managing roles, Dyno bot also has some good moderation control over the server compatibility. Only people who are in moderation roles can access these Dyno bot commands. You can add users as moderators with ?addmod command as shown above.

11. ?mute [user], ?ban [user] and ?kick [user] are some of the commonly used commands on the server for moderation purposes. While you can unmute and unban later, you also use the time limit syntax in the command to ban or mute for a specific time period like this — ?ban [user][time limit].

12. ?unmute [user] and ?unban [user] are used to unmute and unban users. You cannot un-kick the user as the user has left the server and he/she needs to join first.

13. ?softban [user] command bans the user and immediately unbans him/her. This is used to delete user messages in the chat.

14. ?bansave[user] is a Dyno bot command you may use if you want to ban the user but still want his/her messages to be available in the chat afterward.

15. Instead of muting or baning, you can just warn the user with a ?warn [user] [reason] command. You can delete warnings with ?delwarn [warning ID] command. Just use the ?warnings [user] command to get all the warnings a user has on him.

16. Moderators can use the announce command to announce any changes in the server to everyone with the command ?announce everyone [channel] [message]. You can also control who can get notified with announce role command and announce here command.

17. Dyno bot keeps track of all the banning, muting, and warnings you have made to a specific user. You can just the command ?whois [user] to get all his past details.

21. If you want to maintain some notes on users without warning or banning them, ?note [user][text] command is for you. You can check all the notes of any user with the command ?notes [user] while ?delnote [note ID] and ?editnote [note ID] Dyno bot commands are used to delete or edit the commands respectively.

You can set auto mod commands to allow the bot to execute some moderation actions automatically so you won’t have to do everything manually.

22. Banning certain words might be the most useful action to set up an auto mod. Just use the command ?automod banword [word1], [word2] to ban the listed words. This will ban the message even if the banned word is used in the middle of another word. For example, if you ban the word ban, it will even ban messages with word bans. If you want to ban messages that contain exact words, then you can use the command ?automod banexact [word1], [word2].

23. Similarly, you can also block links with the blacklist Dyno Bot command ?automod blacklist [link1], [link2]. You can also ban all links from the Dyno bot dashboard. Then use the command automod whitelist [link1], [link2] to whitelist links that you approve. Remember, whitelisting or blacklisting a webpage will also whitelist/blacklist the pages under it. For example, banning facebook.com will also ban facebook.com/myaccount.

24. If you don’t want to use automod command on some channels, you can simply use the command ?automod ingnorechannel [channel name]. This will ignore the specified channel so users get to enjoy freedom in some channels.

Purge is another feature of the Dyno bot used to, well, purge the messages on your server. But remember, once done, you cannot get your messages back at any cost.

26. ?purge is a simple command that will delete the last 100 messages on the channel right before you execute the command. ?purge [count] will delete the number of messages that you have specified.

27. ?purge user [count][user name] will delete all messages from a specific user on a specific channel.

28. ?purge match [text][count] command will delete the messages that have the specific word. You can mention the word that you want to purge in the text placement.

29. ?purge not [text][count] will do the exact opposite and delete the messages that don’t contain the specified word.

Dyno bot offers giveaway functionality right inside your Discord server. People can now join your server to participate in the giveaway.

34. ?giveaway end [Message link] command will end the giveaway irrespective of the duration you have set. You can get the message link by clicking on the three-dot menu on the giveaway create command and click on the Copy message link. Once ended, it will announce the winners.

36. ?remindme [time] [reminder] is a simple add-on to get reminders in your Discord server that everyone can see and manage.

37. You can also conduct polls with Dyno bot using the ?poll [message] “[option1]””[option2]” command to create a poll with upto 10 options. Use ?poll show [message link] to display the results.

39. ?clean will clean all the Dyno bot commands.

Dyno bot also supports custom commands if you like to. Open the dashboard and select the Custom Commands option in the sidebar. Here click on Add command to create a new command. You can create commands with variables like {user}, {channel.id} etc. Then you can use functions available in the Dyno Bot like moderating, deleting, managing roles, and create a new command. For example, ?purge me to delete messages that are sent from me.

41. You can also use ?customs show to show the list of all the created custom commands.

These are some of the most useful commands on the Dyno bot, but you can expand this list with commands like ?dog, ?cat for cute photos, ?rps to play rock paper scissors, etc. Along with them, you can also tag users with ?tag commands. But to keep the list short, we have only listed commands that are really effective and helps your server.