Three Ways to Get Picture in Picture on Windows 10 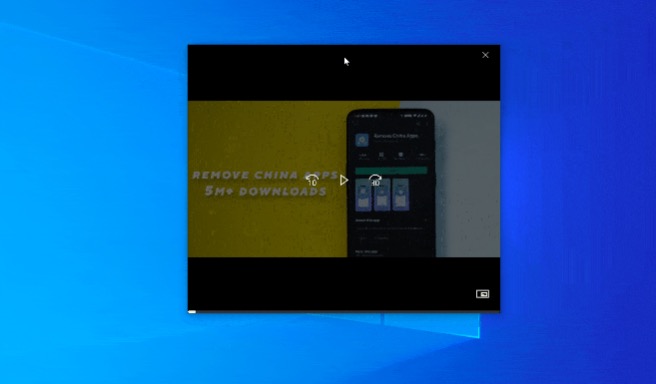 Picture in Picture has been a game-changer since it’s an introduction to Android and was recently introduced in iOS 14. Even fact you can even use it to play YouTube video in background without a YouTube premium subscription. Although since I spend most of my time on a laptop, I really have an issue of not being able to use the same feature on Windows. So, after a bit of research, here are three ways to get picture in picture on Windows 10.

Picture in Picture on Windows 10

Although Windows has introduced picture in picture mode, I still consider it’s functionality very limited. As you can only use it with the Movies & TV app as of now. But I hope Microsoft introduces this feature on other apps as well.

To enable picture in picture mode in Windows 10, open the Movies & TV app and maximize the window. Now select a media from your local storage or choose a movie or TV show that you’ve bought/rented from the Microsoft Store. You also have the option to right-click and tap on open with to access any file in Movies & TV app. 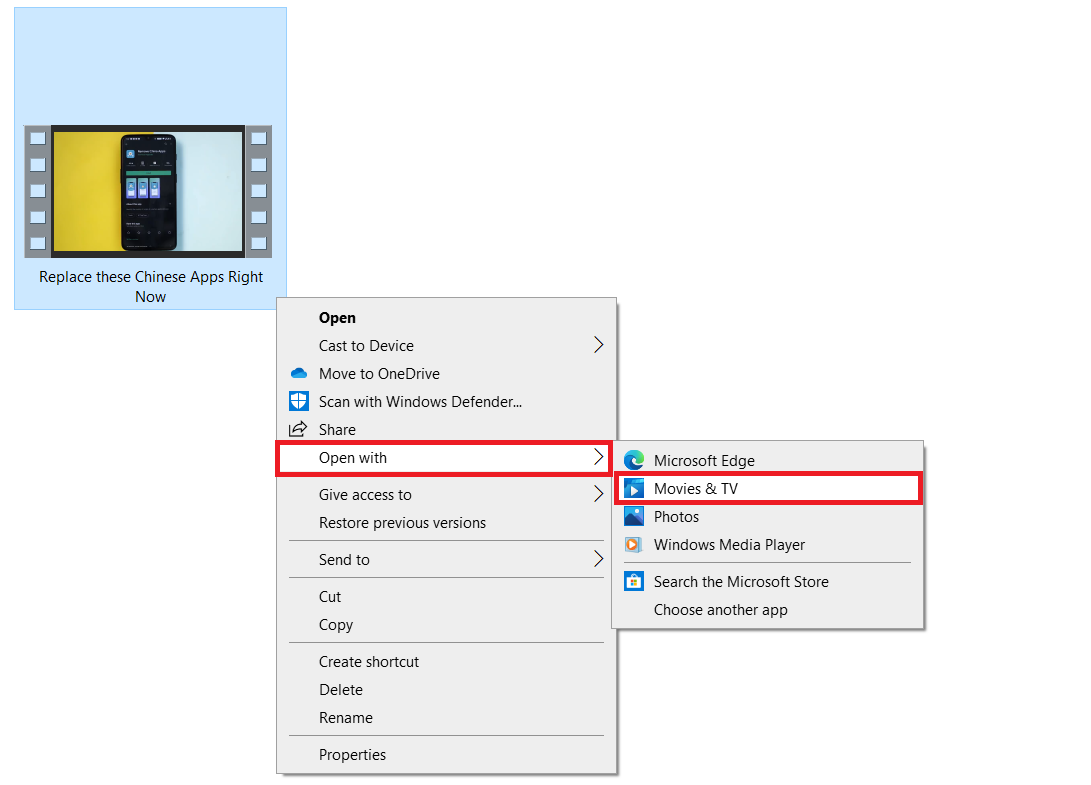 Now simply Select the Picture in Picture icon at the bottom right of the screen. That’s it, now you’ll enter the PiP mode. You can also drag and place the tab anywhere on the screen and expand it to a certain limit.

In addition to that, if you want to shut the window at any point, you’ll have to maximize it again or close it from the taskbar.

While Windows PiP feature is merely limited to its Movies & TV App, it won’t be of any use, if you’re using YouTube, Netflix, which most of us do while working or multitasking on other projects. To tackle this, users can install a Google Chrome extension called Picture in Picture. It is just like Windows PiP and shows you content in a floating window, which is always on top of other tabs.

To use Picture in Picture on Chrome, download and install the extension. You will see a new PiP icon on the top right corner of Chrome. Whenever you’re watching a video or binge-watching Netflix. Just tap on the icon and it’ll automatically minimise the screen to PiP. Similar to the first option, you can drag and place it anywhere on the home screen. You also have the option to expand it, however, don’t do it in extremes as after a point the window simply vanishes below the taskbar and you have to start all over again.

Get Picture in Picture Chrome Extention by Google

Frankly, even the Chrome extension has limitations, such as no support for normal tabs, limited video playback options, and unfrequent crashes. This brings to a feature-loaded open-source app OnTopReplica. This app allows you to choose any window regardless of video content on top of all the other windows. To begin, download the installer package and Extract it. Then follow the set-up instructions and open it after it’s done. Once done installing, you’ll see a resizeable blank window. Simply Right-click and choose the app you want to use in PiP mode.

Unlike Native or the Chrome extension, you get to choose from all the windows currently open on the system. 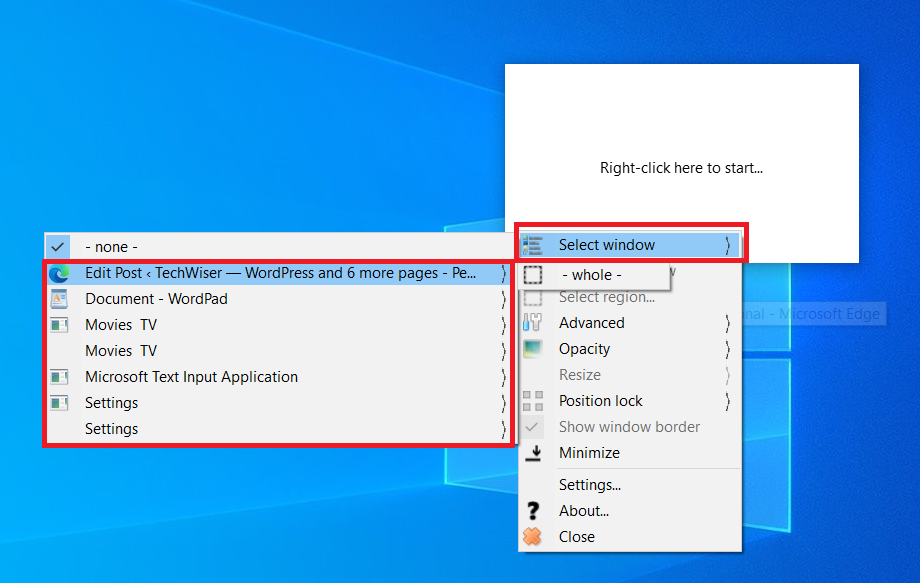 Besides that, when you right-click, you get a slew of other options such as Zooming-in where you can select a part of the window to be displayed in the PiP mode, you can set the opacity, lock the window position, add a border and even set a shortcut to show/hide or clone the current window, which makes it quick to use.

The best part is you can enable mouse clicks, so you can use this as a normal window screen. This ramps up the utility as you can scroll, switch between tabs and use whatever operations you can do in a full window in the PiP mode. For example, I work on WordPress and keep YouTube in PiP mode. With the mouse enabled I’m able to play other videos and access the search option without going full-screen. 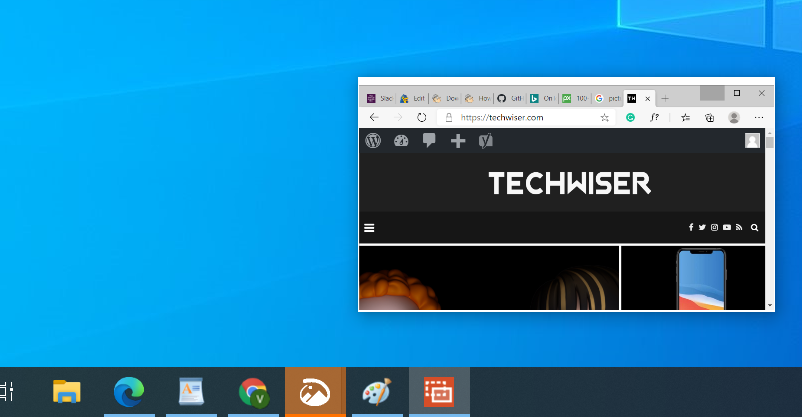 If you’re someone who is using files on the local storage, in my opinion, Windows 10 native option will suffice. On top of that, you can simply get the Picture in Picture Chrome extension and you won’t need any additional app for everyday use. However, if you wish to get better control and the ability to use your mouse in PiP mode and clone any open window on your laptop, OnTopReplica is a perfect choice. Well, I hope you try them all and boost your productivity (while watching YouTube). You can also follow our coverage on WWDC 2020 to keep yourself updated with iOS 14 and other Apple tips & tricks.