Zoom became the most popular video conferencing app this lockdown. However, with the growing fame came a lot of backlash in terms of security loopholes and data mismanagement. So, much so, that many countries had to ban usage in internal meetings. Zoom being intuitive and scalable, people still stuck with it.

We recently had 2 big announcements. First, Google made it’s premium video conferencing service free, and second, Facebook announced its own web conferencing system, Messenger Rooms for creators. So, with these announcements, we are finally looking at zoom alternatives in the truest sense. Here are all of them.

Before we begin with the alternatives, there are 3 main things that led to Zoom’s popularity.

Hence, while looking at ideal Zoom alternatives, we didn’t include Discord, Riot IM, and Microsoft Teams in this list because those are more of collaborative and communication tools. Let’s get to the first one.

Google was the latest to enter the video conferencing battle. On May 8th, 2020, it became accessible to everyone who has a Google account. Until 30th September 2020, there would be no time-limit on meetings or limits of any sort. Post that, video calls will have a time limit of 60 minutes.

Compared to Zoom, Google Meet has a simpler UI. There are only 2 buttons on the web page. One is to start a meeting and the other is to join one. Now, unlike Zoom, you need to have a Google account in order to join or host a meeting. By default, the host needs to permit everyone to join a meeting. Apart from this, you can unmute and disconnect other participants from the meeting.

Google Meet is an ideal alternative when compared to the ease and scalability of Zoom. However, it lacks the meeting recording feature. It’s available only for GSuite users. Moreover, there’s no inbuilt whiteboard, waiting room, breakout room, etc. 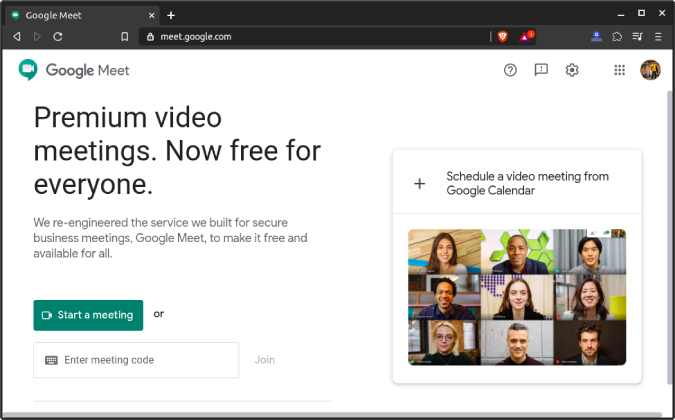 The next zoom alternative we have is the recently launched – ‘Messenger rooms’ from Facebook. Currently, it hasn’t rolled to every Messenger user but we were lucky enough to have early access. Messenger Rooms as of now allows 50 users to join Facebook video conferences. Unlike Google Meet, you don’t need to have a Facebook account to join a video conference.

In the messenger app, just below your Profile, you have a link called “Create a Room”. It will instantly create a video conference which can be joined by others from even a web browser without a Facebook account. We have used it for a while and the video quality is good.

Now, coming to moderation, you have the option to choose whether the person needs to have a Fb account to join the meeting. Overall, Rooms is a good Zoom alternative where most have a Facebook account. And in the future, it plans to integrate with Instagram, WhatsApp, and Portal in the future. But, you know in the case of FB, the issue might not be outside but within the app itself. But, let’s give the service a fair share of time and see how things roll out. 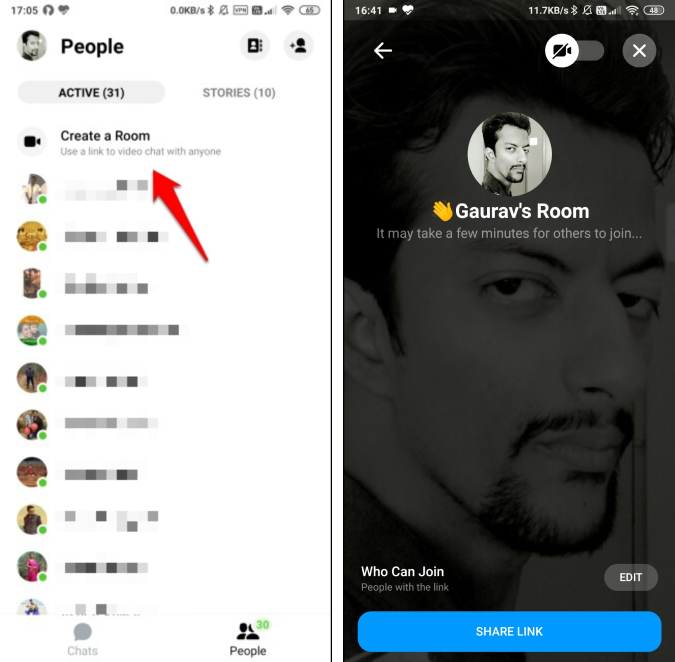 Apart from this, Jitsi Meet supports video conference with up to 75 people and there’s no time-limit on the meetings. The only problem with Jitsi Meet is that there’s absolutely no moderation. No one’s host and no one’s participant. Meaning, anyone can kick you out of the meeting or mute you. In our testing, the video quality wasn’t as good as the previous two apps or even Zoom. However, the development is currently a lot active and you can read more on their blog. 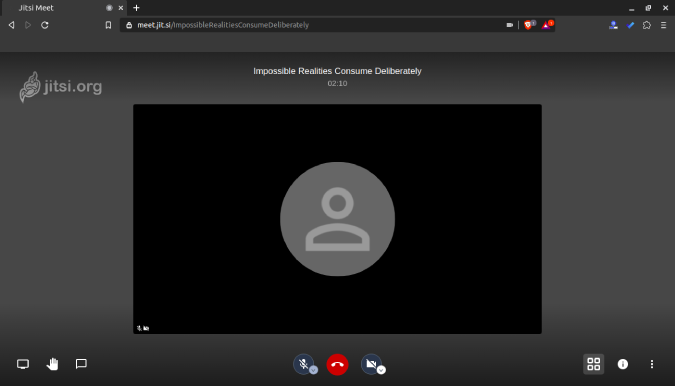 Skype wasn’t considered in recent times as Zoom alternatives. Mostly, because it was hard to create video conferences for non-Skype people. To add to that, Microsoft abandoned Skype in pursuit of Microsoft Teams. But, until recently, it has introduced Skype Meet. It’s a simple web app that requires no sign-up to either host or to join a meeting.

Skype Meet is also integrated into the Skype app wherein you will see this “Meet Now” button on the home page. Apart from this, you also get group polls which are paid in Zoom. Moreover, on Skype, anyone can record the meeting and the recording is shared at the end of the call.  There’s no host or delegation of responsibilities. You can unmute people and that’s pretty much it. 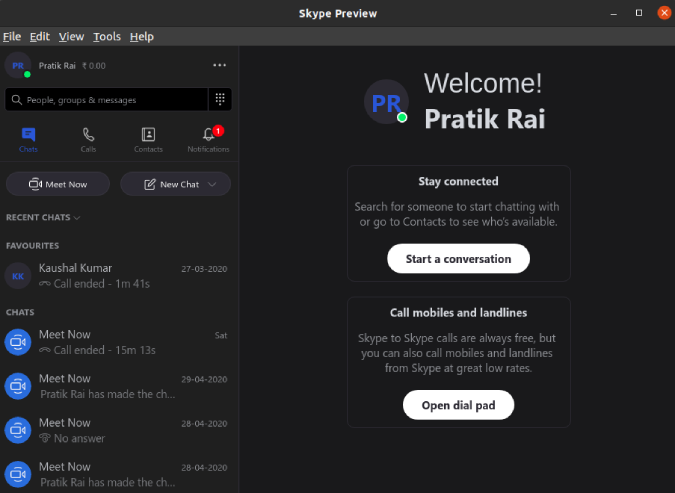 The final zoom alternative we have is Cisco Webex. It was one of the first apps to go free in order to help people working from home. So, the perks you get in the free variant are as follows:

Compared to the other apps in this list, Cisco WebEx does have better moderation. We’ll get to that in a bit. 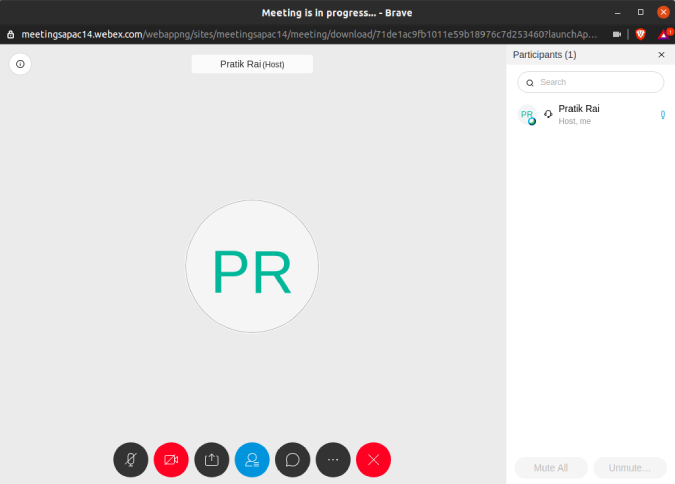 Overall, Google Meet and Facebook Rooms are the real alternatives. And, if you want super privacy, then do try out Jitsi Meet. Works great! These are the ones that perform flawlessly in our weeks of testing. If most people in your team are already Skype users and only a few of them don’t have an account, then go for Skype meetings.

Best Discord Bots to Build and Maintain an...

Best Apps for WhatsApp Status for iOS And...