Home » ChromeOS » 3 Ways to Get Discord on Chromebook

3 Ways to Get Discord on Chromebook 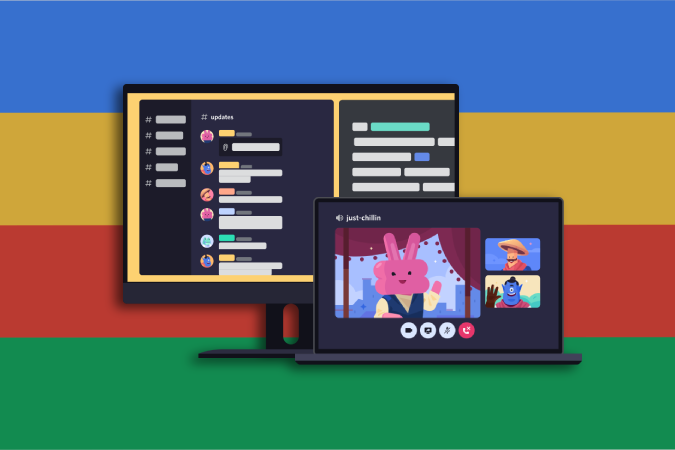 Unlike Windows, Mac, and Linux, Discord doesn’t offer an official desktop app for Chrome OS. But there are many ways to get Discord on Chromebook due to how it was designed. Chrome OS supports web, Android, and Linux apps meaning you can install Discord’s Android, Linux, or web app on Chrome OS laptop.

Overwhelmed with the options? Here are the advantages and disadvantages of each Discord app on Chrome OS and how to install them. Find out which works best for you before installing it.

How to Get Discord Web App on Chromebook

Chrome OS is a web world. So, the Discord web app can be considered as an official Chrome OS Discord app. It looks just like a desktop app and it can also be installed on your Chromebook. So that you can directly open the app instead of opening the browser first to access Discord every time. The web app comes with its own advantages and disadvantages though discussed below.

How to Install Discord Web App on Chromebook

1. Just head over to Discord.com and click on Open Discord in your browser button.

2. This will open the Discord web app. To install, click on the three-dot menu at the top right corner of the browser.

4. In the pop-up that opened, enable the checkmark beside Open as window and click on Create.

5. It will install the Discord web app and also places the Discord app shortcut in your app drawer. Opening it will open Discord in an app-like window instead of in Chrome.

How to Get Discord Android App on Chromebook

If web apps are not your thing and you like to install an app on your Chromebook, then the easiest option is to use the Discord Android app. The UI is a bit different as you are installing an app that was designed for handheld devices. But the app is responsive and works great as your daily driver. Here are some of the advantages and disadvantages of using the Discord Android app on Chromebook.

How to Install Discord Android App on Chromebook

To install the Discord Android app, first, you need to turn on Play Store. If already turned on, skip to step 3.

2. In the settings, scroll down and click on the Turn on button beside the Google Play Store option. It will open a pop-up showing the terms and conditions, click on Accept to get started.

3. Now you can find the Play Store icon in your app drawer. Open it.

4. Search for Discord and click on Install to install the app just like you do on an Android smartphone.

How to Get Discord Linux App on Chromebook

Discord’s Linux app is the same Discord app that you can install on Windows and Mac. It comes with all the features that Discord has to offer. But Linux apps on Chromebooks have a few cons. Here are the advantages and disadvantages of the Discord Linux app on Chromebook.

How to Install Discord Linux App on Chromebook

Though there are many ways to install Discord Linux apps on the Chrome OS, here’s the easy one. To install Linux apps, first, you need to enable Linux on your Chromebook.

1. To enable Linux, click on quick settings panel > cog icon. In the settings, scroll down and click on the Turn on button beside the Linux development environment option. If you have already enabled Linux on your Chromebook, skip to step 3.

2. Follow the on-screen instructions to complete the installation process which can take up to 10 mins. Once done, the Linux terminal will open.

6. Copy the file and paste it into the Linux file directory that you can find in the right sidebar of the Files app.

7. After the file is transferred, right-click on the file and select Rename.

8. Do not rename the file, just copy the file name by pressing Ctrl+C, so that we can use it later.

9. Now open the terminal and type this command.

and paste the filename that you have copied by pressing Ctrl+Shift+V. The command should look like this with the version number you have downloaded.

10. Once done, press Enter. It will install the Discord app. It may say that there are missing dependencies on a few cases. Just type the command.

Then press Enter. It asks for a prompt to continue, just type Y and press Enter again to install those missing dependencies.

11. Now use the install command again to install the Discord app.

This should install the Discord Linux app on your Chromebook. Once installed, you can find the app in the app drawer in the Linux folder.

Discord web app has a lot of pros but it doesn’t work in the background, so features like notifications and push to talk don’t work reliably. Android app works like charm, but the UI is not optimized for the desktop layout. Discord’s Linux app is a full-fledged desktop app, but you still miss out on some features because of the Linux container. So choose the version that suits your needs.